Closing the Loop: The garbage collectors of the mobile industry

Tons of mobile phones are thrown away every year, in part because we replace them so frequently. Much of this electronic waste (e-waste) ends up in countries with unsafe and unregulated recycling practices, contributing to health and environmental problems.

At Fairphone, our aim is to improve the entire lifecycle of mobile phones. To achieve these ambitions, we’re working with a variety of partners, including Closing the Loop, a Dutch social enterprise. Our first project together took place in Ghana, where we collected 3.1 tons of scrap phones and sent them to Belgium to be properly recycled. The following guest post by Closing the Loop offers insight into the organization’s goals, their expanding scope and their ideas for the future.

Creating a better future for local communities and discarded phones

At Closing the Loop, we believe e-waste shouldn’t be wasted. It’s true that our core business isn’t about the most sexy part of a phone’s life cycle, but being the telecom industry’s garbage men has definitely been an eye-opener for us.

When you’re working to address the end-of-life phase of mobile phones, you tend to end up in developing countries. Here, the arrival of mobile phones has brought huge benefits, such as increasing interaction and access to information, as well as enabling people to make mobile payments and start businesses. But these small, innovative devices have also brought new problems. Hundreds of millions of “junk phones” end up in landfills or in illegal hands in Africa and Asia, leading to pollution, loss of valuable raw materials and health issues.

For every mobile phone your employees use, Closing the Loop will save one from e-waste dumps.
That’s why we buy broken mobile phones, in collaboration with local partners in Africa and Asia, and ensure that the devices are recycled responsibly. We prevent them from ending up in landfills or illegal hands and create new value from discarded devices.

Partnership with Fairphone starts in Ghana

About three years ago, Closing the Loop and Fairphone first started discussing how we could work together. Sitting outside of their Amsterdam office, we had a conversation about how it would help the mission of both companies if we partnered up. It went something like this: “You guys want to change the telecom industry? Well, so do we. We want to improve the whole value chain; which part are you focusing on? Ah, OK… waste…”

“You guys want to change the telecom industry? Well, so do we. We want to improve the whole value chain; which part are you focusing on? Ah, OK… waste…”

We kicked off our first big project together in Ghana in 2014. We collaborated with a local businessman offering Ghanaians the opportunity to safely recycled their phone safely, and get paid in the process. As a result, 65,000 phones have been shipped out of the country to the best recyclers in the world. 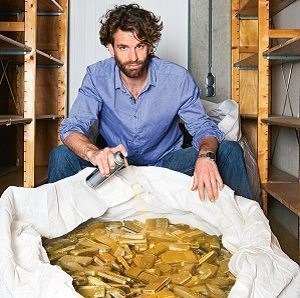 Closing the Loop’s CEO Joost de Kluijver.
We did experience some challenges during this revolutionary project, of course. The biggest of one is that that our relationship with our first local partner wasn’t as successful as we had hoped, mainly due to communication problems. Therefore, we had to start over with a new partner in Ghana, which was of course very frustrating and time consuming, but it’s also just a normal part of doing business, I guess.

Expanding our e-waste efforts with new countries and partners

Since our first project with Fairphone, we’ve significantly expanded our reach. At the moment, we’ve set up local collection networks in more than ten countries in Africa and Asia. So far, we’ve collected almost 1 million phones and about 2,000 people are financially benefitting from our work. 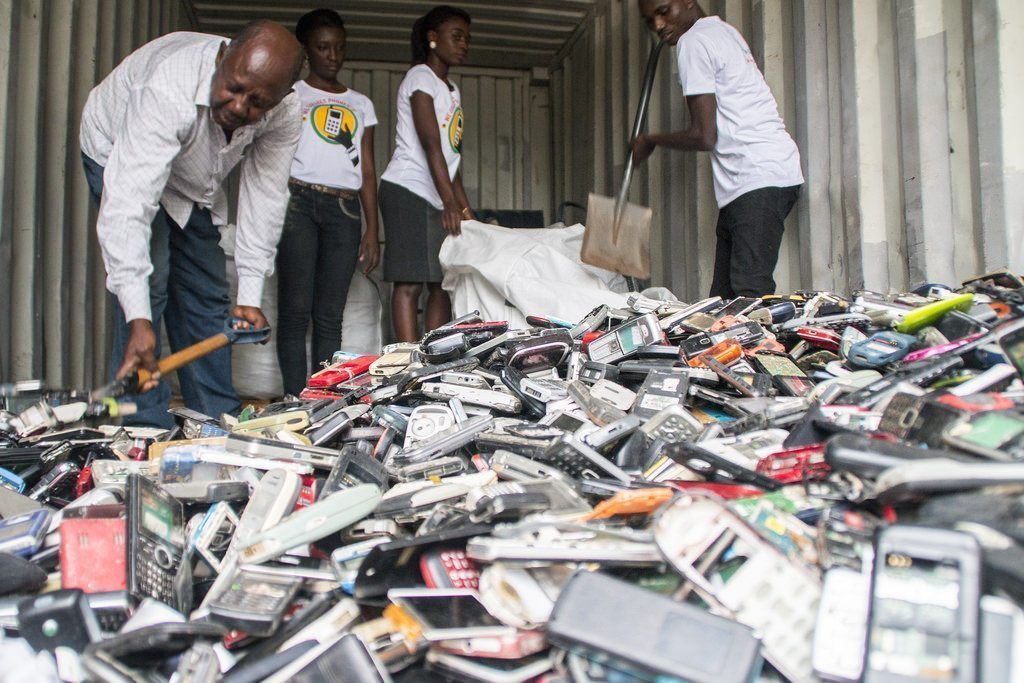 Closing the Loop with a local partner in Ghana collecting scrap phones for safe recycling.
Our unique approach is generating employment and reducing e-waste, pollution and damage to health. We’re turning waste into a new source of income and the reuse of materials such as gold, silver, copper and aluminium is creating awareness about the benefits of responsible recycling.

In addition to our collection projects, we have also developed a new proposition for companies! For every mobile phone an employee uses, Closing the Loop will save one from e-waste dumps — we call it One for One. We recently launched this initiative and already have a few major companies on board, including IBM, Accenture and TMG.

So what’s next? Well, conquering e-waste collection the rest of the developing world, for one. But we’ve also talked to Fairphone about the possibility of broadening our collection projects to include batteries and charges in addition to mobile phones.

It seemed like such an easy, logical suggestion at first. I mean, batteries also break and reach the end of their lives, right? What we are seeing, however, it that it will be a huge step to be able to include batteries in our collection efforts. To make it possible, we would first have to start the export permitting procedure all over again (which took us two years in Ghana…). We also haven’t found any logistics companies yet who want to ship batteries out of Africa (they consider it too dangerous). And we don’t know where the batteries are currently going once people dispose of them — for example, there are no illegal recyclers buying them (which is the case for phones). Despite all of these challenges, we do believe that we could play a role in collecting scrap batteries. We’ll keep you posted!

Another project that Fairphone and Closing the Loop have been considering is really a touchpoint between our organizations: using our output as Fairphone’s input.

Fairphone and Closing the Loop have been considering a real touchpoint between our organizations: using our output as Fairphone’s input.

Let me explain. We sell the scrap phones we collect in developing countries to recyclers in Europe, so they can turn the waste into precious metals. These metals can be used over and over again. But right now, selling to the recycler is the end of the story for us, which is a bit of a bummer, after all of the trouble it took us to collect it.

Therefore, we believe that we should aim to bring our “urban-mined” metals into Fairphone’s production process. We could create world’s first phones made out of circular metals! But for that to be possible, we would need to change the modus operandi of two multi-billion dollar industries: metal recycling and phone production. It’s a stretch goal to be sure, but hey, we’re still young!

Editor’s Note: As Joost mentioned, Fairphone and Closing the Loop have been working together to collect more scrap phones in Africa, this time expanding the project to Rwanda, Cameroon and Uganda in addition to Ghana. We’ll update you on the outcome as soon as there is more news to share.

To learn more about Closing the Loop and what they’re doing to reduce e-waste, please visit their website.