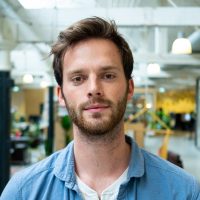 We need to talk about smartphone innovation

Dear smartphone industry, I think it’s about time we have an honest discussion about one of the guiding principles of this business. Let’s talk about “innovation”.

Now that the world has slowed down, I have found some time to ponder the questions surrounding this buzzword. And to be honest, we’re even getting these initial questions wrong. Should it really be about how we are innovating and which project is the newest disruptor, or should we start asking why we’re pursuing these things and on what level?

Over the past few years, we’ve been experiencing “innovation” in its literal, material form, while the drumbeat of reveals and releases steadily became more frantic.

The rapid succession of these innovations has led us to the point where the next big thing is always just around the corner, yet rarely ever amazes. The race for bezel-less screens, in-display fingerprint readers and the rear-camera count is in full swing. Don’t get me wrong. I see the appeal in a lot of these hardware upgrades – But is the functional improvement between flagships big enough to justify treating smartphones as a disposable commodity?

Let’s take the term “innovation” and expand it from the 100-megapixel range to a broader company level. While stuck at home, I’ve been getting into gardening, so forgive my vegetable reference, but imagine a company as an onion. The outermost layer or surface level would be communications — how brands express themselves. Peel it back one layer, and you see marketing — of the services, promotions, pricing, and products made by the business. Beyond that lies the core, upon which everything else is built – the business values, culture, processes, and systems. Let’s stop thinking of innovation as a surface level commitment. For all companies, innovation needs to be more profound; Not token gestures on the outer layer, but a fundamental rewiring of business from the core.

Fairphone wants to challenge the dominant story about what’s right, what’s normal, and what’s possible. By demonstrating solutions, calling upon the industry to embrace those solutions, and giving consumers a choice, Fairphone seeks to transform first itself, then the electronics industry, and ultimately the entire consumer economy.

We are staffed, funded and supported by people who believe that a just and circular economy is not only possible; it’s essential.

And it’s being built today. Not a moment too soon because technology will create vast and profound shifts. The mobile-first world has yet to really arrive. The problem is that building a new smartphone, specifically mining the rare materials inside them–represents 85% to 95% of the device’s total CO2 emissions for two years. That means buying one new phone takes as much energy as recharging and operating a smartphone for an entire decade. But the trend behind the scenes of this industry seems counter-intuitive: The more smartphones have become similar, the more we are told that they are different — and this is still working for tech giants. Tech-sites are rigorously comparing and ranking data on differences, for which you need specialized to be an expert to describe to what extent the effects it produces are exactly ‘different.’

We are being directed to pay attention to incremental changes while the use-value of smartphones is very similar. A lot of what is sold as a material benefit is just psychological. Or put differently, tech-specs are not the guiding factor you’d want them to be. Rather than obsessing about the minor details that still distinguish smartphones, it would be more honest to say that most smartphones are now identical. Grand product releases try to hide the elephant in the room: there is almost no innovation taking place at the technological level. The smartphone in 2020 is pretty much the same as it was in 2019. That’s a good thing. It means, if you have a working smartphone, you’re fine ignoring all the talk about innovation for a while and holding on to it.

That’s right; the most sustainable phone is the one you already own.
Want to make yours last as long as possible? Here’s how >>