Fairphone 2 reviewed: See what the press is saying!

When pre-orders started in July last year, our amazing community began placing their orders for the Fairphone 2 – without ever physically seeing or touching it. We were blown away by your support, but most people require a bit more information before they decide to buy a phone. 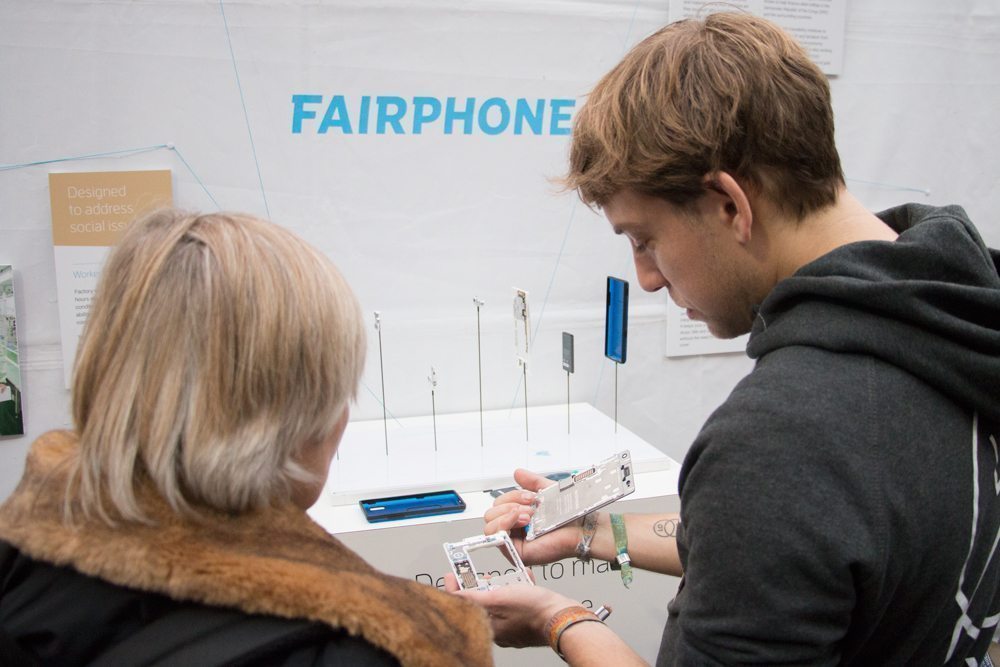 The ethical Fairphone 2: changing the supply chain for the better

“Fairphone’s ethical principles are myriad, and its dedication to sourcing conflict-free minerals arguably leads the way in the mobile phone sector… A small Netherlands social enterprise with 40 staff, Fairphone is punching above its weight in its efforts to change the mobile phone industry.” Read full review 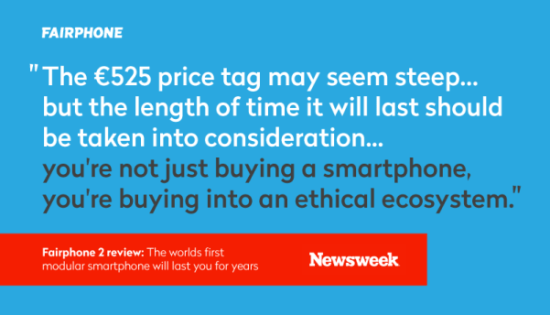 “Once you have got the case off, that’s when you start to see why the Fairphone is anything but an average Android. Inside you’ll find a replaceable battery, which gladdens my heart no end. And, rather than the usual gruff ‘opening your phone will void your warranty’ you’re used to seeing, there’s the rather sweet message: ‘yours to open, yours to keep’.” Read full review 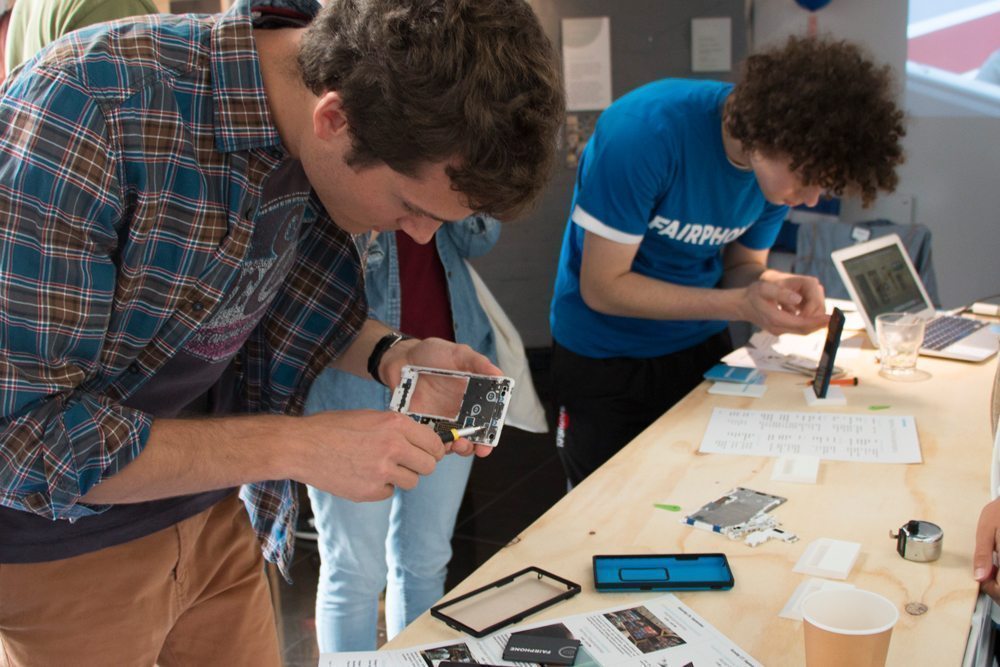 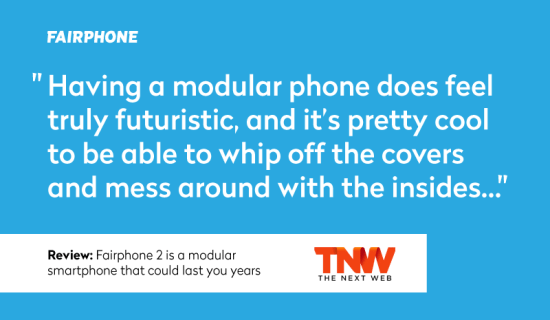 “The modular design is Fairphone 2’s main selling point, especially given the smartphone sector has been promising – but failing to deliver – one for several years.” Read full review

“In the end, the modular phone seems like a real taste of the future. Let’s hope the idea generates enough interest with consumers: if so, it could mark the start of an important shift in the industry and lead to longer-lasting, more environmentally friendly devices that won’t cost the earth.” Read full review 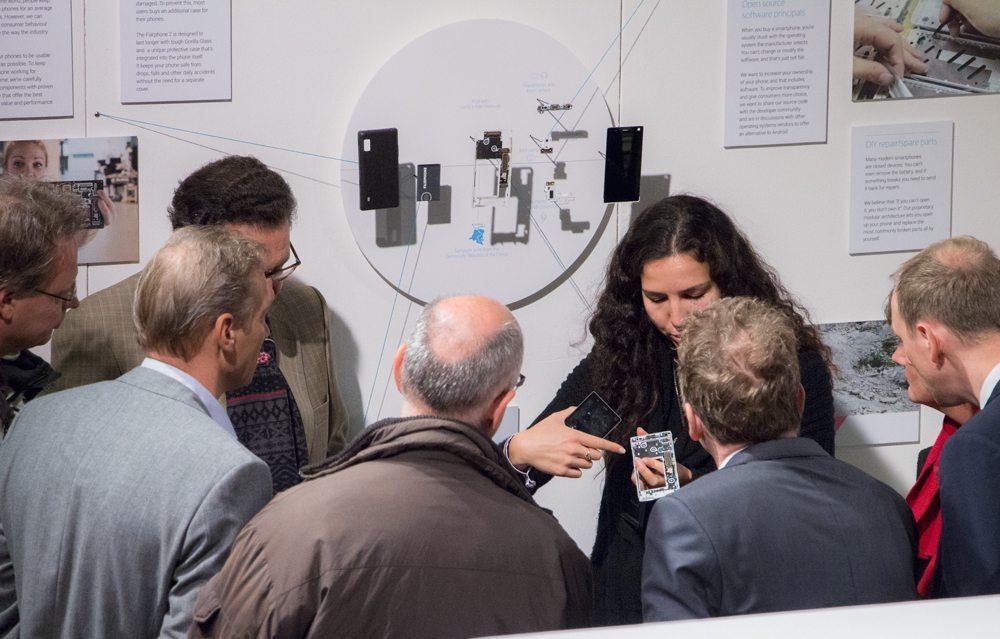 Easy to repair and maker-friendly 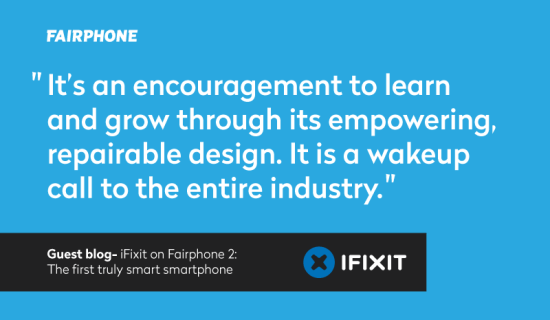 “If you’re frustrated by replacing your phone when the battery gradually starts failing or the screen gets scratched, this device could be for you… Repairing a screen for example, takes as little as 23 seconds.” Read full review 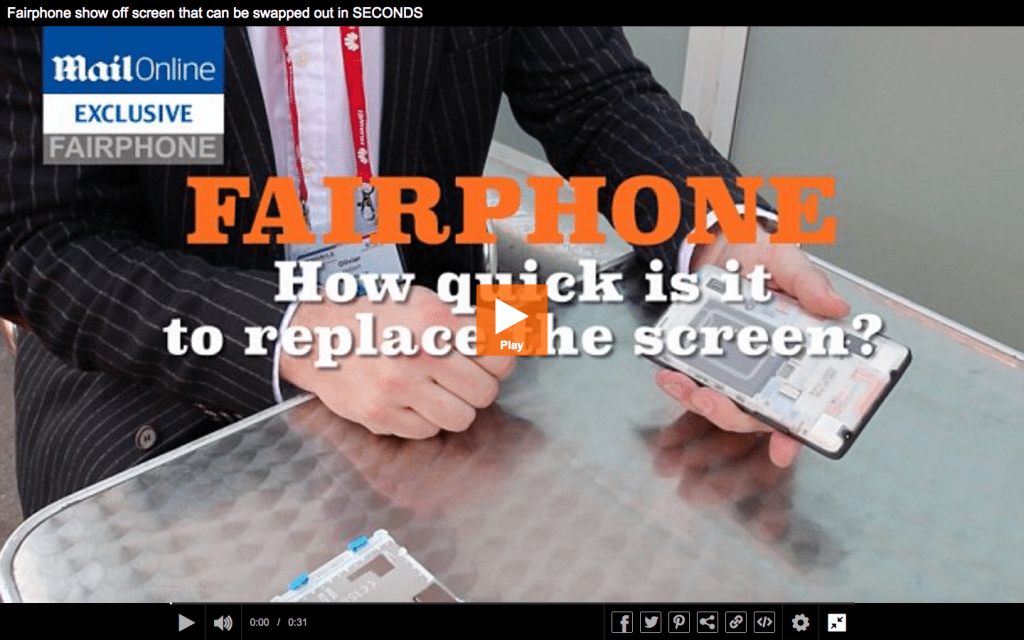 “And the best bit about it? When the battery life inevitably begins to dwindle after a couple of years of use, a new battery can be ordered from Fairphone.” Read full review

Longer-lasting to break the upgrade cycle 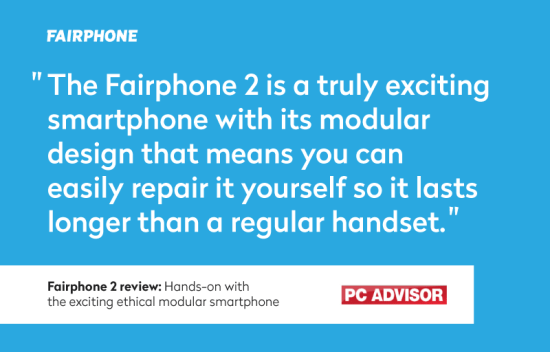 “By allowing users to swap out components of their smartphone — the screen or headphone jack, for example — if they break or need an upgrade, Fairphone hopes that owners will be able to keep their phones for far longer than the traditional two-year upgrade cycle without feeling like they’re suffering as a consequence. Result: fewer old handsets ending up in landfill.” Read full review

“Fairphone 2 manages to appeal to those looking for a phone that has been responsibly produced, and goes against the endless upgrade cycle we’re being sucked into by other manufacturers.” Read full review

This is just a selection of some of the reviews of the Fairphone 2. We’ve also had reviews in a variety of languages from German and French to Dutch and Norwegian. For more coverage, follow our forum thread where the community has been curating a list of reviews.