Editor’s Note: This week we hear from Matthias Huisken, the Director of iFixit Europe. iFixit is a global online repair community renowned for open source repair manuals and product teardowns.

At iFixit, we’ve taken apart close to a thousand mobile phones. Here’s one that’s truly different, finally. It does not shut you out. It invites you in. See our teardown of the Fairphone 2.

Devices should be made to be opened

Each day, I help people who simply want to keep things working for as long as possible. I show them how to fix their phones, replace their broken screens, and upgrade their computers. That’s our repair community’s mission—we are working to extend the lifespan of devices by creating online product manuals and by answering questions on how to fix those products. We’ve learned firsthand that, unfortunately, most modern technology is closed. Most people don’t know how their devices work—or how to fix them. We open up hardware and document what we find inside to overcome a crucial obstacle to using electronics longer: the lack of publicly available service information. 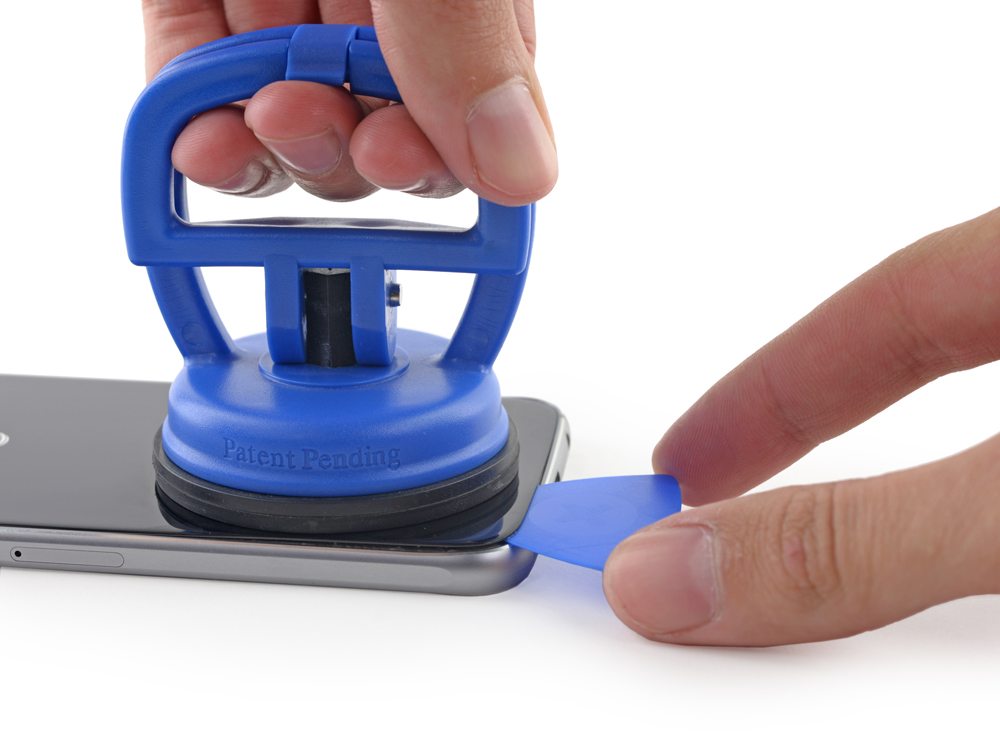 Sleek looks are the norm for electronics, but so is the use of glue and proprietary fasteners— which make repairs unnecessarily difficult. Image: iFixit

As a society, we urgently need to fix our product world. We’re drowning in short-lived, thoughtless technology. An endless flow of mobile electronics washes over our shop floors and ebbs away into our junk drawers or recycling bins—next year’s models already waiting in the wings to take center stage. And the cycle repeats itself over and over again. Like the air that we breathe, most of us take the limitless availability of new technology for granted, as if it were just a neutral backdrop to our lives—easily available, easily consumed, and easily discarded.

Technology, however, is not neutral. The more products we make and the more quickly we discard them, the more damaging the social and environmental consequences become. We need to build products that last much longer than the next upgrade cycle

If you can’t open it, you don’t own it

When you take apart products, you start to notice that even small devices—like phones—inherit the rules and values of their respective makers. Usually, the rules are strict. Manufacturers are telling us to Keep out! when glue or special screws are used to prevent DIY repair. They’re commanding us to Replace! when the battery is buried so deeply inside a device that it’s impossible to get the part out after it fails. And we’re often told that the demand for slim devices necessitates a design that’s hard to access by the user. But is that really true? 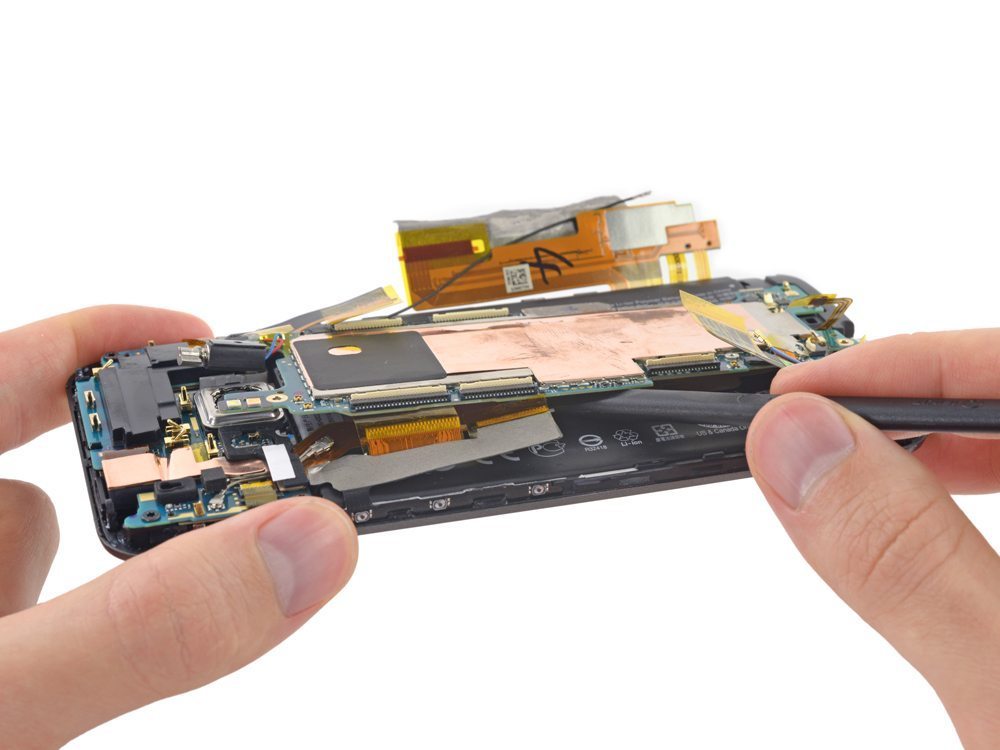 A lithium-ion battery is a consumable. In many modern smartphones, it is glued in and buried deeply within the device. When the battery eventually wears out, it will take the whole appliance with it to the grave. Image: iFixit

What I find so remarkable about Fairphone is that the team started with a simple question: Is it possible to make a fair phone? They completely reimagined the existing process and they questioned the generally accepted set of rules for making mobile phones. And they began a movement.

With Fairphone 2, the social enterprise has raised the stakes again. While keeping true to their initial focus, the Fairphone team is now addressing another important question: Can we build a smartphone that is modern and repairable at the same time? 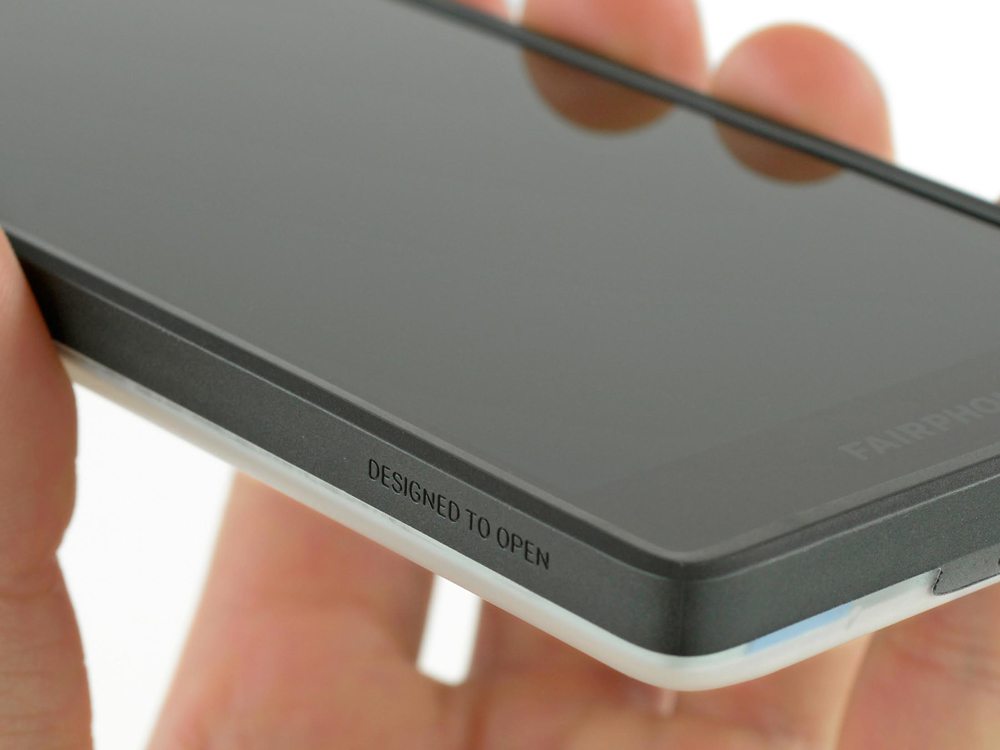 An invitation to learn and explore. Image: iFixit

Yes, we can! Fairphone 2 has all the trappings of a modern smartphone: large touchscreen display, standardized ports, expandable storage, and a slim design. At the same time, it is incredibly easy to open and disassemble. The casing and the inside sport helpful instructions and explanations that invite exploration. As a design for service and repair, it is easily accessible for everyone—even for beginners.

What intrigued me the most is the heavy use of spring contacts or pogo pins on the inside of its modular architecture. The phone is clearly designed to be taken apart and put back together again repeatedly—with connectors to match! They are less error-prone and far more robust than conventional press connectors. It’s a forgiving design that allows users to make mistakes, without destroying their phones. And I’m delighted to say there’s not a single delicate flex cable in sight. The Fairphone 2 is the perfect phone for tinkering. 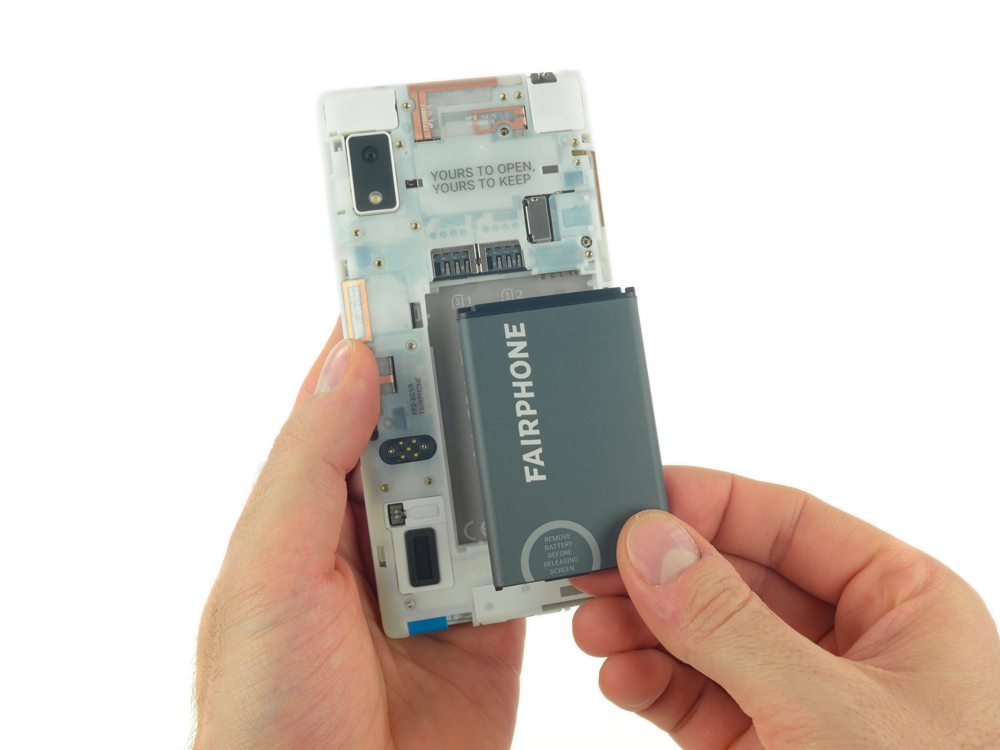 Instructions inside. And a replaceable battery. Image: iFixit 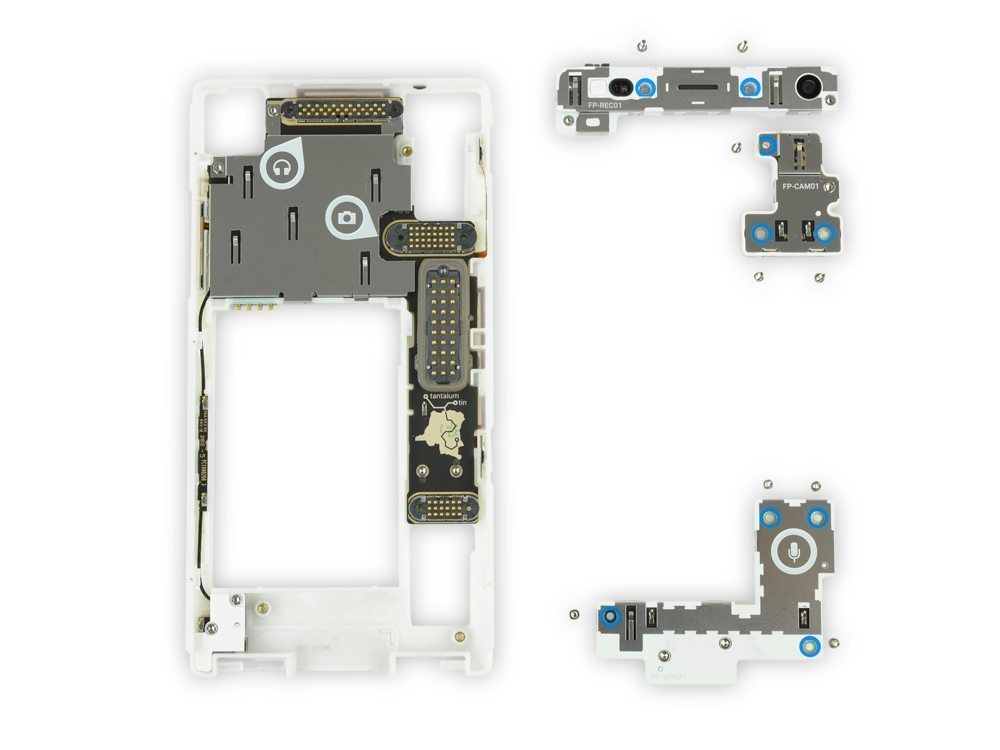 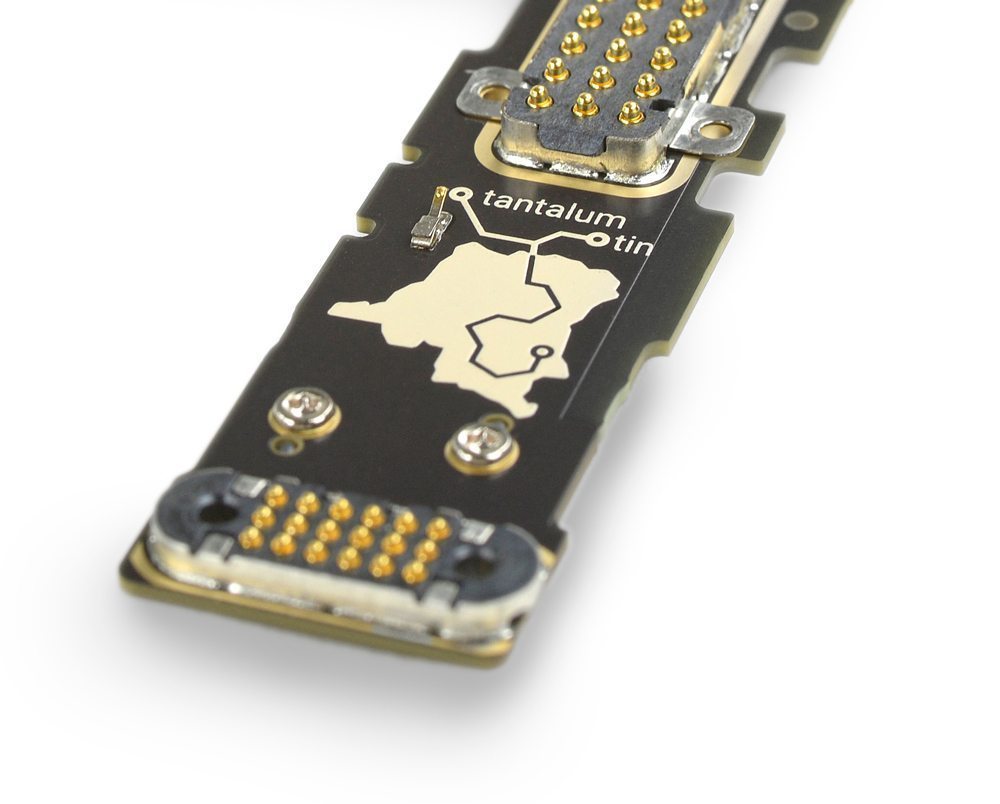 Where else can this map lead us? Image: iFixit

The best way to find out how something works is to take it apart. Once you have had this experience yourself, you might even start to apply the method elsewhere. There is a chance that afterwards, you won’t take the world for what it is anymore. In a way, you’ve learned to open up the box. And from then on, you’ll want to know more about what’s inside.

Without this kind of technological literacy, we can always only consume, but not produce. Only read, but never write. If our technology is smart, yet we remain ignorant about its inner workings or its social and ecological effects, how can we claim that we’re evolving? The Fairphone 2 provides a timely answer to this question.

It’s an encouragement to learn and grow through its empowering, repairable design. It is a wakeup call to an entire industry.