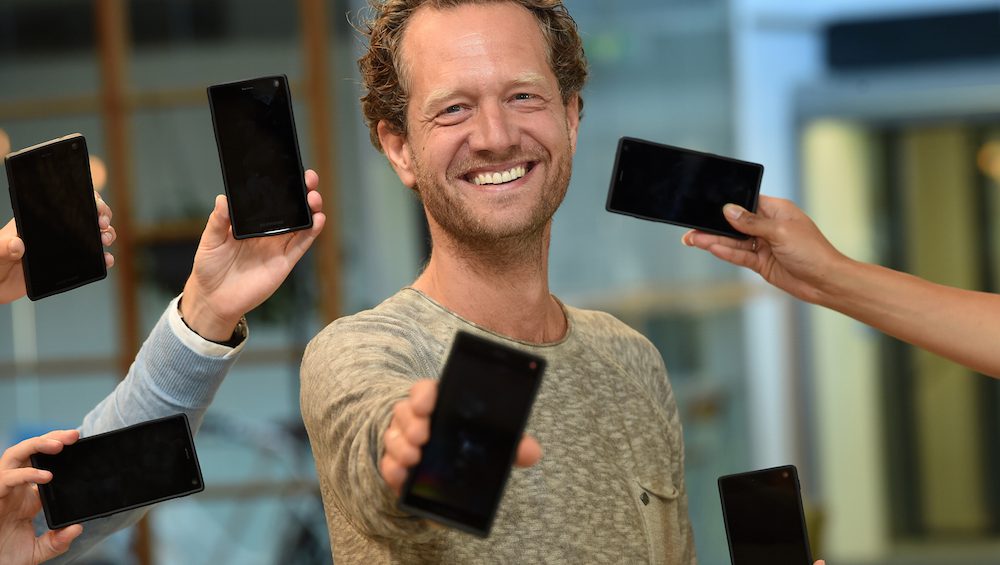 Watch the livestream video of the German Environmental Award ceremony beginning at the 1:44:40 mark.

We are very pleased to announce that our founder and CEO, Bas van Abel, has won the German Environmental Award (Deutschen Umweltpreis). The German prize, handed out by the DBU (German Federal Environmental Foundation/Deutsche Bundesstiftung Umwelt), is the biggest of its kind in Europe. Bas was recognized as “a pioneer for more resource efficiency in the smartphone industry.”

The DBU, an organization that since its foundation has financed over 9,000 projects with over 1.6 billion euros in funding, awards a variety of projects that support high environmental impact ranging from sustainable food, renewable energies, preservation and conservation. Past winners include Prof. Dr. Klaus Töpfer (former German Minister for the Environment and later head of the United Nations Environment Programme) and Mikhail Gorbachev, former president of the Soviet Union. Bas is the youngest person ever to win this award.

Recipients are part of a select group of nominees, a list put together by representatives from employers and industry associations, research institutions and panels, workers unions, and communal authorities, religious institutions, environmental conservation societies, media and former winners of the environmental prize as well as the curators of the prize itself.

The winners of the German Environmental Award 2016 (from left): Bas van Abel, Prof. Dr.-Ing. Angelika Mettke, Walter Feeß. Credit: DBU/Himsel/Weisflog/Auerbach.
To be eligible for the award, you have to comply with a variety of criteria, including but not limited to: Helping to address environmental problems in good time, serving as a role model for other people, companies and organizations, seeing that your merits are imitated and maintaining an innovative, holistic approach. Solutions should promote practical solutions for environmental problems, more health-friendly products and production processes and support the exchange of knowledge about the environment between science, business and industry.

With all that, you can only imagine how pleased we are that the jury of the DBU has seen the immense potential of Fairphone and lifted out and recognized Bas’s commitment as an environmentally conscious and social entrepreneur.

In the words of the DBU General Secretary, Dr. Heinrich Bottermann, Bas wins the award because “With the fairphone he succeeds to make ecological and social problems in the information and communication technology sector better known to the consumer. Fairphone is a pioneer in the transition to more sustainability and environmental compatibility in the whole industry.”

The Fairphone 2 is a modular phone designed for longevity. Credit: DBU/Himsel/Weisflog/Auerbach.
As a social enterprise, Fairphone’s aim “is to produce a smartphone that has the greatest possible positive impact on the ecological and social aspects of the value chain. At the same time, the associated production systems are to be made transparent and problems become visible.”

Highlighted among the achievements that Fairphone intends to address are:

In short, “By critically examining the material, design, manufacturing, distribution and life cycle of the smartphone, Fairphone is facing the challenges in the technology sector head-on.”

We also want to congratulate Prof. Dr.-Ing. Angelika Mettke and Walter Feeß with their prize. The total amount of 500,000 euros in prize money will be split between the three recipients. The award will be presented on 30 October at an award ceremony in Würzburg by German President Joachim Gauck.

A prize for all of us

We are immensely proud, not only of Bas van Abel, but also of everyone who has helped to make Fairphone a success. Obviously, the 60+ Fairphone team members who work hard here every day, but especially all of you who have put your trust and your money into Fairphone and helped us get this idea off the ground. It has been an immensely exciting journey and in some ways, we’ve only just begun. Often when challenges seem so immense, we think of all of our community supporting us and realize how far we’ve come by working together. So, in many ways, it is a prize for all of us.

We lift a toast and say, “Congratulations!”