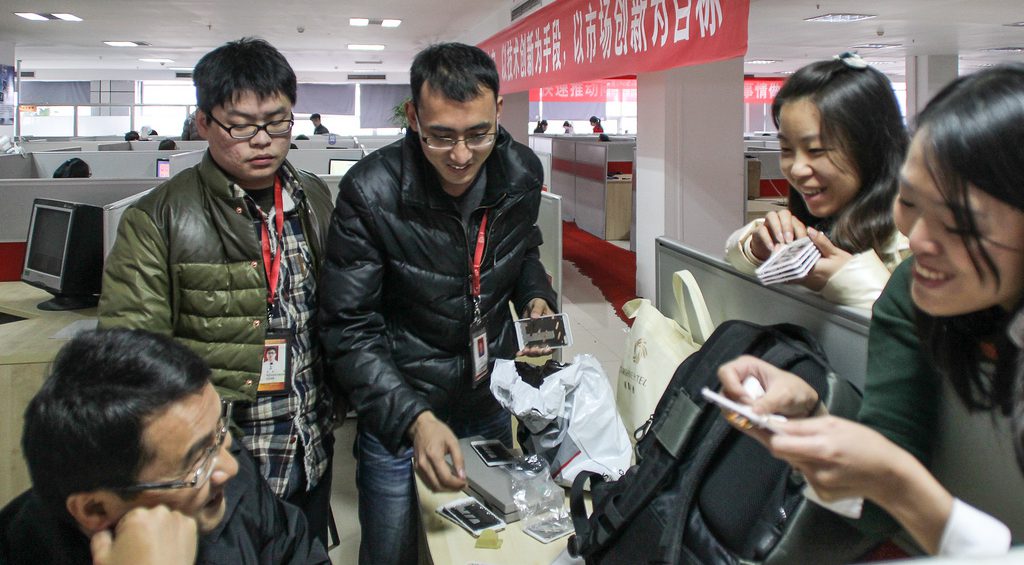 Production & delivery update: When will your Fairphone arrive?

Thanks for showing your commitment to Fairphone! At the time this post was published, we’ve pre-sold almost 12,000 second batch Fairphones. We’re excited to get your new phone into your hands.

We’ve tried our best to offer clear, transparent information through the pre-sales and ordering process, but we realize some of the details may have escaped your attention. If you have ordered a second batch Fairphone, here’s the latest information about production and delivery in the coming months.

We’ve signed the production agreement with our partner Guohong and the team in Chongqing is ramping up to start the assembly process. Production begins in mid June and the first batch of finished phones will roll off the production line at the end of June. The Fairphones will be produced and delivered to the Netherlands in batches of approximately 5000, and the final phones will be complete at the end of July, shipping to the Netherlands in early August.

One more note to avoid any confusion: The second batch Fairphones are nearly identical to the first edition Fairphones we sold last year. We’re in the early stages of designing the second generation Fairphone, which will be available for sale sometime in 2015.

As the second batch Fairphones are completed, they will be shipped from the factory in batches of about 5000 phones to the distribution center in Tilburg. The first phones will arrive in the Netherlands in the last week of June. From there, individual phones will be shipped to their new owners starting from the first week of July. The last phones will arrive in the Netherlands in mid August, and our goal is to have all the phones delivered by the end of September. (In case any production or delivery deadlines change due to unforeseen circumstances, we’ll update you in a future blog post and in our newsletter.)

So, when will your Fairphone be delivered?

Depending on when you place your order, it could take anywhere from six weeks to four months to receive your phone, but we’ll try to get them to you as fast as possible. Because we already have almost 12,000 orders, we can safely say that orders received today or later, will be shipped no earlier than the end of July. 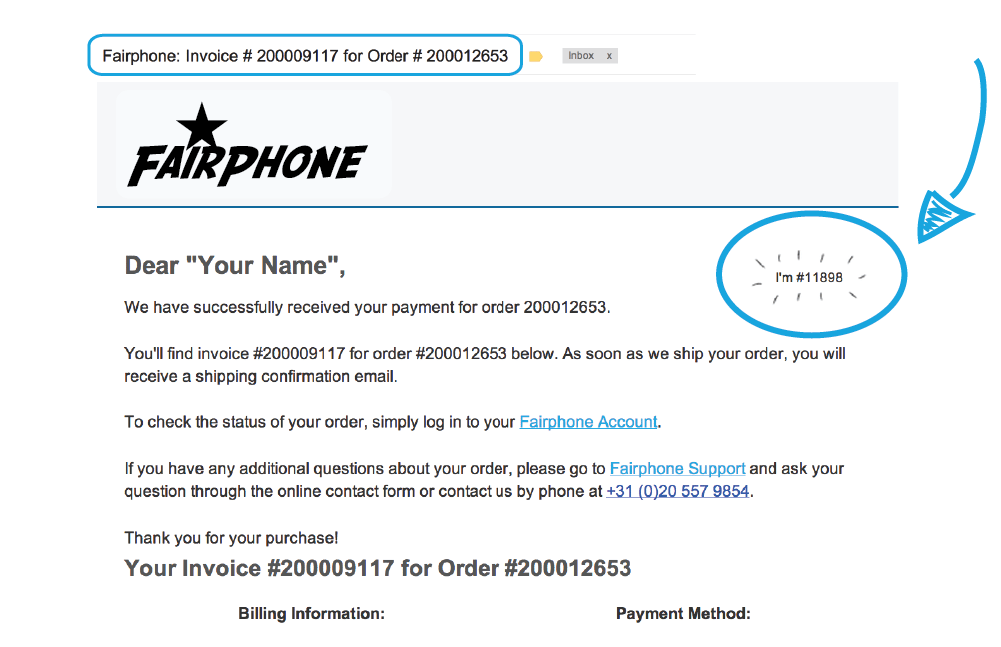 Example of a payment confirmation email
On your payment confirmation email, you’ll see a number in the top right corner. This is not your official order number, but rather tells you the order in which you bought your phone. For example, 000095 means you were the 95th person to order a second batch Fairphone. But mapping this number to a specific delivery date is not an exact science. Fairphones are produced and shipped in batches approximately 5000 as they are finished. If we have a high volume of orders in one day, it could mean that those who ordered in the evening would receive their phones a week later than those who ordered in the morning.

The only way to know exactly when your Fairphone will be delivered is to wait patiently until you receive a shipping confirmation email with the estimated arrival date.

Why do we ask you to pay for your Fairphone in advance?

Fairphone has a unique business model, and pre-paying for your Fairphone plays a crucial role. When you order a Fairphone, you are helping to cover the costs of production in advance. But more importantly, your purchase allows us to continue to operate independently.

In addition, sales of the previous and current batch of Fairphones support the organization’s ongoing initiatives to open up and positively impact production processes as a whole. Currently, Fairphone works with the Conflict-Free Tin Initiative and Solutions for Hope to source traceable, conflict-free minerals from the Democratic Republic of Congo (DRC). It also works with Closing the Loop to reclaim e-waste from Ghana and ship it to Belgium for safe recycling. In China, Fairphone is establishing a Worker Welfare Fund at their production facility to improve working conditions, work/life balance and worker representation. Fairphone will continue to support these projects, as well as invest in new interventions that will be incorporated into the next Fairphone design, which will launch in 2015.