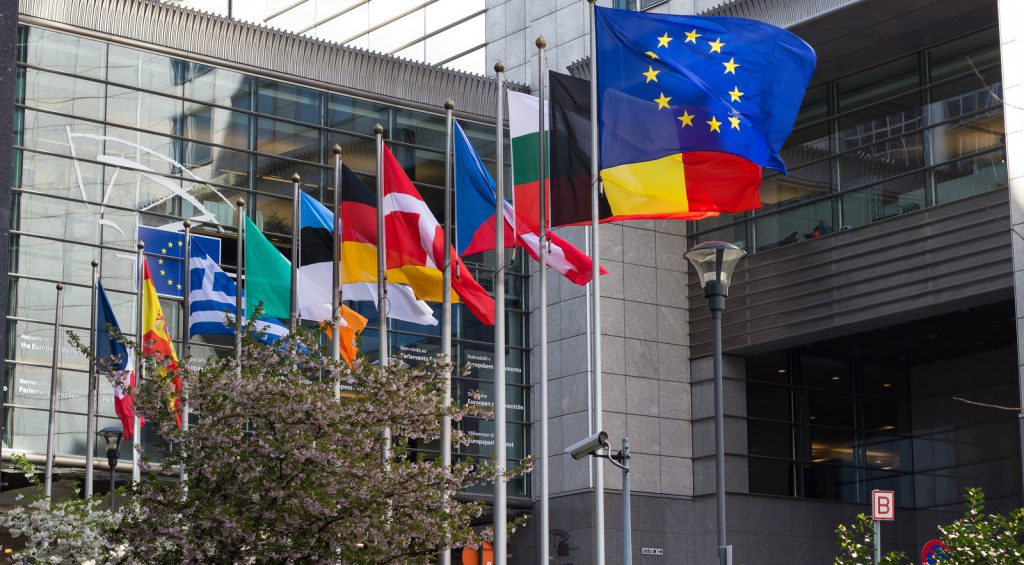 This is quite an achievement as there was little willingness for such an initiative 2 years ago, and now a large amount of NGOs, as well as companies, attended to make this actually happen. Excitingly, Fairphone was invited to be involved in this process and provide input.

You could say that I, representing Fairphone, was having a little identity crisis: on the one hand, I felt very much like an NGO – as our whole existence is aimed at creating a fairer economy, a thing that normally NGO’s advocate. But on the other hand, indeed, we ARE producing a smartphone after all.

It was during the break, sipping my coffee, that I realized I was sitting in the middle of like-minded NGOs while  at the same time some electronics industry folks approached me with great enthusiasm. In any case, it was great to have both parties, both minds, present and eager to discuss their own aims and for me to explain Fairphone’s journey and goals.

Alright, back to the content of the conference, whose title is quite the mouthful: “Conference on an EU initiative on responsible sourcing of minerals originating from conflict and high-risk areas” at the European Parliament in Brussels. Phew! Basically, the conference looked into a future European (legislative) proposal on Due Diligence in relation to conflict minerals and the responsible sourcing.

Simply put, “Due Diligence” literally means to take “appropriate care” and is often loosely defined as the steps a company takes to scrutinize their internal processes (in this case of the whole supply chain) to ensure that they do not violate environmental or human rights and comply with (international) laws and regulations.

But let me take a step back.

This initiative draws lessons from the first international law that specifically addressed conflict-minerals: the Dodd-Frank act in the US. While certainly some good initiatives have sprung from this law, and it has functioned as a catalyst for change, it also unintentionally produced negative effects. The worst being the massive diversion of companies to source from other countries and thus a de facto embargo on the usage of minerals from the Congo. This caused higher unemployment and a greater vulnerability of young unemployed Congolese miners to be drawn into the conflict to make a living. Of course, as the legislation was intended to reduce conflict through diminishing the financial resources of rebel groups, this was a painful consequence. 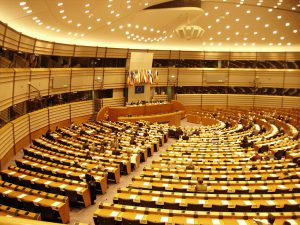 This European initiative (that acts as a counterpart to the Dodd-Frank act) is trying to shape policy advice from such lessons learned. Some of the issues they have recognized include the scope of the Dodd-Frank act, which was too narrow (as it only focuses on the DRC). This led to a diversion of companies to other countries for minerals, while the DRC is not the only country in which minerals contribute to conflict. Take Colombia for example, where gold is said to finance about 20% of the FARC’s income.

Secondly, the act classified only conflict vs. non-conflict minerals and then also only the usual suspects: tin, tantalum, tungsten and gold, while many more materials are producing negative effects (such as coals which again, contribute to the resources of the FARC). Sourcing is a complex process and general consensus was that companies should be motivated to do more. Guidelines exist for companies, most importantly the OECD due diligence guidelines that set out the principles of responsible supply chain management (Bas went to an OECD meeting in Paris last November) and the UN guiding principles on business and human rights. These are merely guiding principles, and therefore businesses can choose whether or not to adhere.

In the first place, there appeared to be a general agreement that the legislation should be wider in scope than only aiming at the DRC, that the initiative should draw lessons from the existing guidelines named above, aiming at the whole process of sourcing, and possibly even, that it should focus on other materials as well. And more so, some called for measures and incentives to be included to prevent the diversion of multinationals to other countries (as explained above). 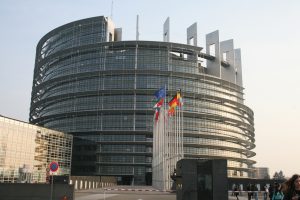 But there’s more to it as the second panel illuminated. To really address the conflict itself,  good governance should be taken into consideration while differentiating between local, national, and regional governance.  In the Congo for example, many miners are ex-combatants that grew up in an environment where local governance was determined by local chiefs or militias, not by the national government at the capital Kinshasa. In this vision, local dialogues between miners, chiefs, and even local militias might be a starting point. What was clear, however, is that much more needs to be done than top-down legislation alone.

It is obvious that the issue of conflict minerals is not easy to solve and should be addressed by more interventions than legislation alone, while also keeping in mind that it might produce unintended consequences. BUT, the motivation at the European level and the large number of attending organizations (some organizations even had to be rejected as there was too little space!) demonstrated that there is a lot of willingness to develop a realistic and effective proposal.

To really make this a joint effort, a public consultation process has been initiated by the EU in which all organizations can give their input and advice. This consultation will close by the end of June and the input will be incorporated in proposal that will be ready around Christmas. Follow this link!

Reflecting on this initiative – we, of course,  hope that many organizations, including local organizations from conflict areas,  give their input so this legislation will become well-balanced and thought-through. But of course we are not only hoping! Fairphone will definitely provide input as well. As we have feet on both the NGO side as well as the company side, we can shed light on both stories and provide a real example to back up NGOs on how it can be done, but also shed a critical view on where the bottlenecks currently are.

For me, maybe it’s not really an identity crisis after all, but rather a pleasant benefit of working as a social enterprise. As a representative of Fairphone, I really look forward continuing to work in this policy area where an NGO mindset meets a mobile company.