For the longest time, I was a proud owner of a Nokia 3310, well into the new millenium. What can I say, Snake II is by far the best mobile phone game ever developed. But as time went by, and my need for connectivity grew past simple messages and phone calls, I had to adapt. I am now an owner of a smartphone, and damn those things are cool! How can such a small device provide me with so much utility? And more importantly, who were the geniuses behind the gadget who came up with all these functions, from an alarm clock to apps that make your friends fat? 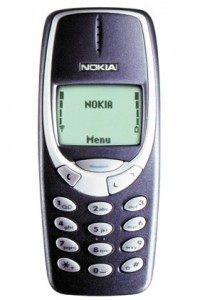 As a student of International Business–majoring in Marketing–at the University of Maastricht the idea of working with an ethical, conscious start-up that is developing a smartphone was an opportunity with my name written all over it. No chance in hell I’d let it slip my hands! On top of it all, these guys were going big: they were not looking at simply making a cool phone, but one that changes the industry by applying the best practices to date. I not only get to help develop marketing plans, but also work with Tessa, the communication manager, and Joe, the community manager. With Tessa, we work on dealing with the press and on exposure, and in particular the language we use to represent FairPhone as a company and as a cause.

With Joe, we work on keeping the community active and informed, as well as finding ways to engage you guys in the evolution of FairPhone! In short, I am here to help market FairPhone, communicate its values, and see how the community can participate.

To give you a better idea as to what exactly I do, part of my responsibilities include seeing how to get the phone to you guys. In marketing lingo, we are talking about the Distribution Channel. Where is it available and how do these decisions affect the image of FairPhone? Furthermore, I have to think of ways to promote the phone. This is where you guys come in: I am bouncing an idea of getting motivated, conscious, and eager FairPhone enthusiasts who share our vision to act as our ambassadors. Wear our shirts, show our brand, and tell our story from your perspective. Or take part in designing the interface or even the way the phone looks for our second-generation device!

That is what I see FairPhone as a brand becoming: part cause, part story, part me, part you. And all these parts are connected via a phone (fitting isn’t it?).

We have come a long way since the first mobile device came to the market. Technological advances have made it smaller, faster, and multifunctional to the point where they have become a necessity rather than a privilege to have one. These multifunctional devices have made our lives easier, and it’s time to make the lives of the miners and factory workers who get the necessary materials and assemble the devices easier, as well. It is not just a matter of technological innovation, but of responsible innovation. FairPhone is just that, a pioneer in responsible innovation, and I am glad to be part of it.