Conflict-free Mineral Legislation in the US and EU

If you’ve been following our story on Precious Materials, specifically mining in DR Congo, then you know for Fairphone, the use of conflict-free minerals in the production of consumer electronics is an important issue and part of our mission toward fairer electronics.

Quite a lot of discussion about conflict minerals stems from an American law, commonly called the Dodd-Frank Act, signed into federal law in July 2010. Within the Act, Section 1502 deals specifically with the use of conflict minerals. This year the concrete implications of this legislation are being felt as the deadline to comply with the new standards comes in May. While the law only applies to companies listed on the US stock exchange, its effects will be felt by the industry as a whole as most American companies have a reach beyond the American consumer market and throughout the world.

This blog gives you an update on the status of the Dodd-Frank Act in the US, related developments in Europe, and how the industry and Fairphone are involved.

US requires disclosure of conflict minerals by end of May

Companies must report whether their resources are “DRC Conflict Free” or “Not Found to be DRC Conflict Free,” in which case, companies are required to conduct due diligence to determine if their minerals from DR Congo are from conflict-free mines. Companies using conflict minerals must disclose the mine of origin and the smelter used to process the minerals. Besides reporting to the SEC, the law states that companies must also publish this information on their website. Just this week, the US Court of Appeals made a ruling that overturned the obligation of a company publishing this information on their website due to the First Amendment. More on that in another blog post. This SEC Fact Sheet provides a detailed overview of reporting requirements. 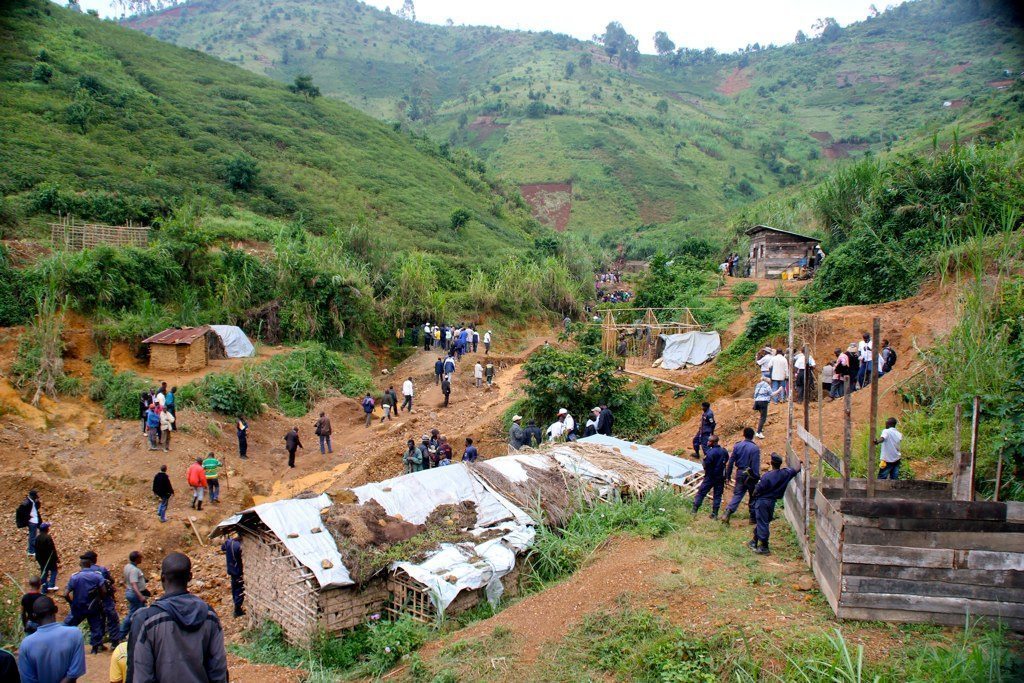 Kalimbi mine in DR Congo from Fairphone trip in 2013 with CFTI.
One effect of the Dodd-Frank Act’s strict division between conflict minerals and conflict-free minerals is industry players seeking resources in safer regions and thus withdrawing work in DRC altogether – abandoning mines and causing local populations to seek revenues elsewhere, sometimes in activities that stimulate conflict like turning back to rebels for income or smuggling.

EU legislation builds upon lessons learned in the US

The European Union has been following the proceedings over the Dodd-Frank Act and US debate to shape its own recommendations on conflict minerals legislation. In March of this year, the EU took a first big step in announcing a formal proposal to “stop profits from the trade of minerals fueling conflicts around the globe”. (Read the full presentation.) Like the Dodd-Frank Act, the EU proposal focuses on only four minerals (commonly called the 3Ts and G): tantalum, tin, tungsten and gold. But there are some key differences: 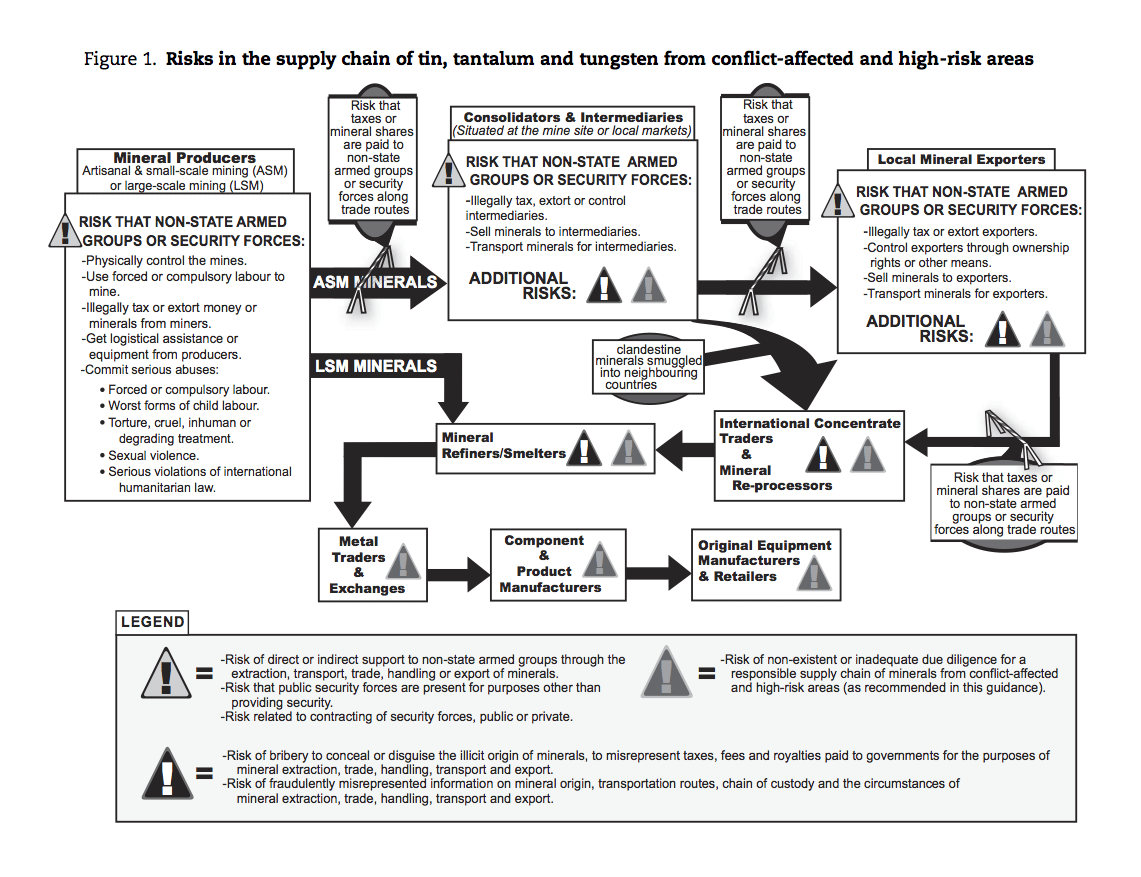 A figure from the OECD Due Diligence Guidance for Responsible Supply Chains of Minerals. Credit: OECD, 2013. Source.

Conflict-free mineral measures are a step in the right direction

As you know, the use of conflict-free minerals from conflict areas is a core focus area for Fairphone, which is why we source our our conflict-free tin with CFTI and conflict-free tantalum with Solutions for Hope. 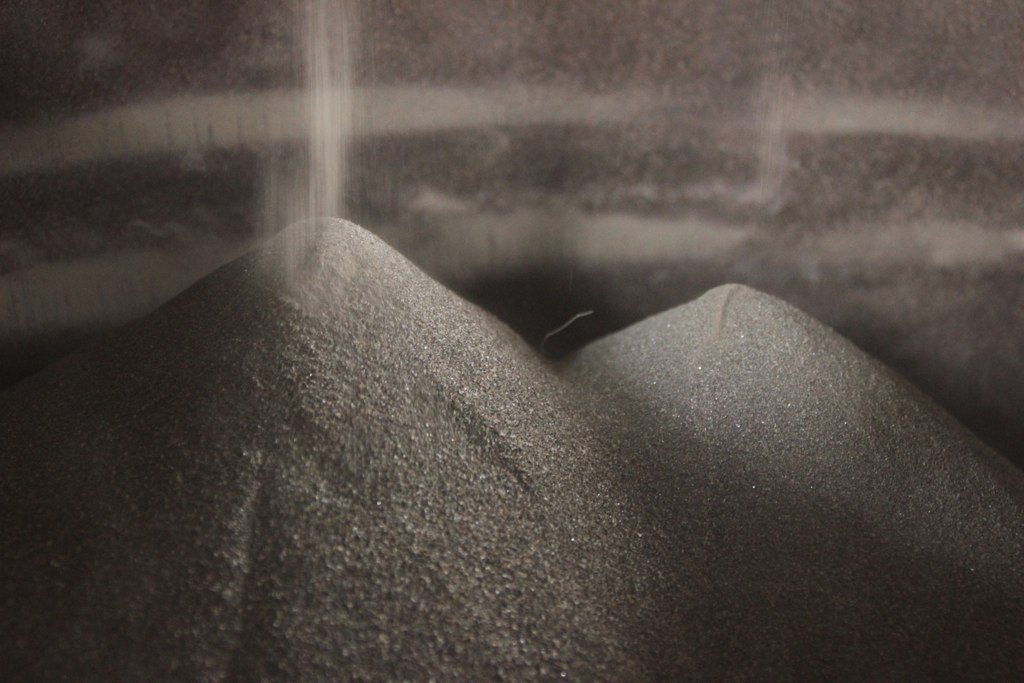 CFTI Tin prepared for bagging.
While one could argue that the Dodd-Frank Act and the EU proposal don’t go far enough, we believe that both the actual regulations and the increased consumer awareness for this problem are positive steps in the right direction.

The EU’s voluntary reporting offers a number of advantages. First, self-assessment combined with OECD due diligence could promote responsible mining and drive incremental improvements in conflict-affected or high-risk areas like in the DRC, rather than drive companies to seek safer options and pull out of the regions altogether.

Secondly, voluntary reporting will lead EU consumers to reward “trusted” producers with their business, as opposed to relying on the government to punish offenders.

The EU proposal focuses on the initial point when minerals first come into Europe – and the smelters that refine them. By doing so, upstream companies (the brands we are familiar with) can more easily choose which responsible smelter they want to work with, but there is still no mandatory regulation in place for companies to do so.

Following the implementation of the Dodd-Frank Act, some smelters have already started putting reporting processes in place at the request of their US clients. The EU legislation will further promote this development, making it easier for companies, like Fairphone, to reliably check their supply chain. Consumer demand for ‘conflict-free’ products could be an important incentive for companies to start reporting (so that’s where you come in!).

We understand the EU proposal, specifically its voluntary participation, is not perfect, but it’s a good start: If this framework is in place and tested, a next step can be taken to make due diligence compulsory for companies downstream.

In June 2013, Fairphone joined other industry, government and NGO representatives at a European Parliament conference related to conflict minerals and responsible sourcing. We also participated in preparatory trajectories, provided written input in an EU public consultation, and joined multi-stakeholder roundtable discussions such as the EU Parliament conference. 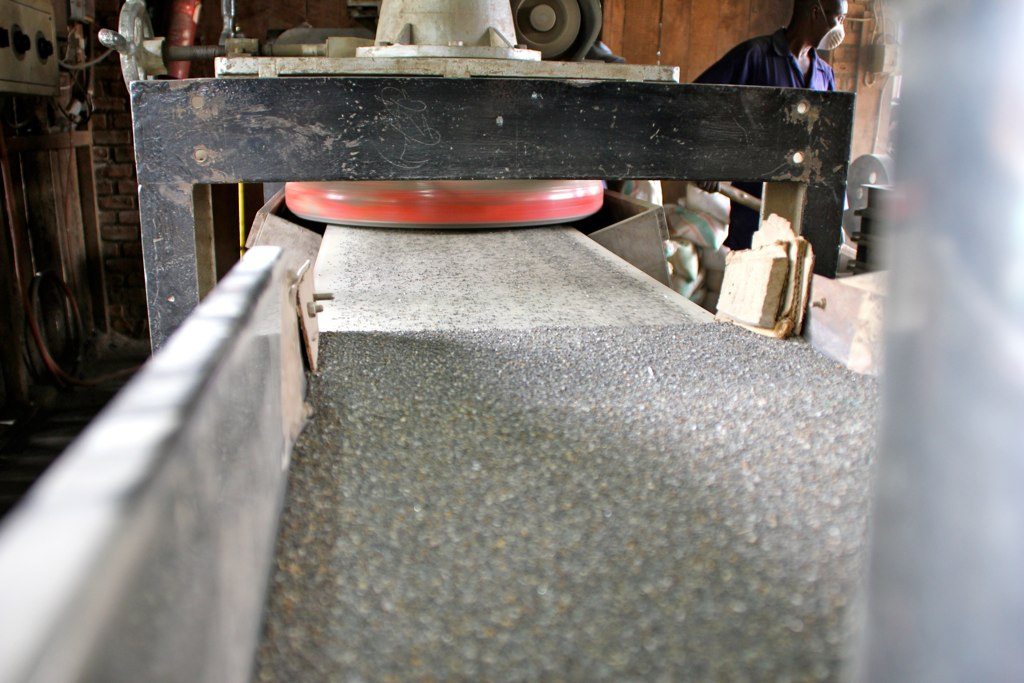 Processing the tin ore for bagging.
From our perspective as a social enterprise producing phones, we continue to follow the legislation from governmental bodies as it affects the role of brands, smelters, and other parties along the supply chain; and their implications for the working conditions in the mines.

In short, we support what the EU hopes to accomplish. It aligns with our belief that positive incentives for industry players, combined with active multi-stakeholder cooperation to develop responsible business practices in high risk areas, can lead the way to a fairer economy.

The Dodd-Frank Act has sparked some positive developments, but was fairly explicit – causing a shock wave that caused companies to leave the DRC en masse. In contrast to the Dodd-Frank Act, the EU legislation provides a more positive angle as it provides incentives for companies to look critically at their supply chain, and encourages these parties to take responsibility by evaluating the impact their actions have.

In our opinion, and after gaining a better understanding of the perception and apprehension of many companies, this approach will have a better chance at creating positive impact than a mandatory law. That being said, we do believe that in the end, critically examining one’s supply chains and evaluating impact should be an industry-wide practice, which could need legislation if the industry does not engage voluntarily. For now, this is a great first step that should inspire disclosure and engagement throughout the industry.

A point of criticism at this early stage would be that the proposal is currently limited to only tantalum, tin, tungsten and gold. There many more minerals with social and environmental consequences which need to be addressed (for example, platinum, cobalt, and copper). However, we remain hopeful and recognize that just like Fairphone’s own approach, the EU can only make improvements one step at a time.