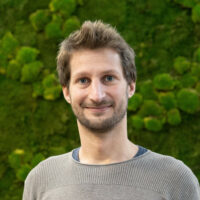 We’ve got some happy news for Fairphone 1 owners: A full upgrade to Android 4.4 KitKat is on its way! It’s been quite the journey to get this far, but thanks to the persistence of our software team, we’re almost there.

Read the latest news and updates in this dedicated thread on our forum.

At Fairphone, one of our primary goals is longevity – in other words, we want to keep your phone working for as long as possible, so you don’t need to replace it as often. And secure, up-to-date software is essential to achieving this goal. That’s why, despite the ongoing challenges, we’ve been working hard to try to offer software updates to Fairphone 1 owners.

Back in 2014, we gave you some insight into the difficulties in providing updates beyond Android 4.2, and how we were trying to address these issues. Many of the hurdles had to do with the fact that we were dependent on third parties. In the end, the only way to move forward was to secure access to the source code and take matters into our own hands. In September 2015 we finally secured the licenses that allowed us to modify and distribute the Fairphone 1 software.

A couple of months ago, we received an official port of KitKat for the platform on which the Fairphone 1 was built. Since then, we’ve been working on adapting the entire code base to work with the specific Fairphone 1 hardware, as well as integrating the custom elements of the original Fairphone 1 image back into the new version. And while eliminating our reliance on external partners has given us more control, it has also meant that we’re doing all the development in-house… so we’d like to thank you for your patience!

The last software update for the Fairphone 1 was released in August 2015, which primarily included bug fixes and security fixes (including “Stagefright”) for Android 4.2.2. In contrast to the previous release, the upcoming launch will be a full update to Android 4.4 KitKat. This will be a huge achievement on our side, especially because we weren’t sure that it would ever be possible. Very few phones built on the same platform have been upgraded actually.

And we’re nearly ready to share it with you. Based on our current planning, we expect to release the new update at the beginning of September. Until then, we’ll be busy with a few more tweaks and fixes. And then testing, testing and more testing, of course! If you’d like to participate in community testing of the alpha version, please read the instructions on our forum.

What will come in this version?

You’ll be able to see all the details in the release notes once the update is live, but here are a few of the advantages of Android 4.4 that we think you’ll be most excited about: 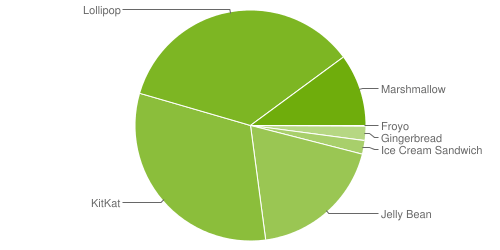 Most Android phones run Android 5 Lollipop (35%) closely followed by Android 4.4 Kitkat (31%) and 4.2 Jellybean (19%). Fairphone 1 now joins the second largest group.  (Data collected by Google during a 7-day period ending on June 6, 2016)
Source: Android Developers, Platform Versions
After we launch this version, we plan to support it with security updates for at least as long as Google keeps providing them, and hopefully much longer. In the long term, is unlikely that we will be able to offer a full update beyond Android 4.4 for the Fairphone 1.

Keep an eye on your phone (and inbox)

As I mentioned above, it will take us a few more weeks to iron out the remaining bugs and complete the final round of testing. As soon as the update goes live, you’ll get a notification from the updater app, and we’ll also send you an email just to be sure. It’s also worth noting that the new update is only designed for Fairphone 1 with the unified storage partition.

If you didn’t update your storage layout yet, here’s a friendly reminder to do it now before the upcoming software release. And remember to make a good backup first!

We’re really looking forward to getting Android 4.4 on your phones! Once it’s ready, you’ll be the first to know.