Editor’s Note: This is a guest feature from Dorothea Kessler, Communications Manager of iFixit Europe. iFixit is a global online repair community renowned for open source repair manuals and product teardowns. They awarded Fairphone 3 a perfect 10 out of 10 repairability score.

What comes to your mind when thinking about ethical consumer goods? For most, it’s probably things like fair trade coffee or organic cotton—rather than a fair phone. And while it’s becoming easier to buy responsibly sourced food or to seek out sustainable fashion, there is no such trend for electronics. Instead, modern smartphones aim to shine by being super-thin, super-sized or sometimes even foldable. But seeing as smartphone sales are dropping while the life cycles are increasing, it appears these aren’t features people prioritize when purchasing a new device.

…get a phone that offers 5G support, or one that is durable and has an easily replaceable battery? A survey carried out by Futerra showed that 88% of US and UK participants want brands to support a lifestyle that is environmentally friendly and responsible. If you’re in line with that and prefer durability over bells and whistles, like most smartphone owners actually do, the Fairphone 3 might be a device to check out—whether it’s because of the conflict-free resources used for its production or its recyclable packaging. 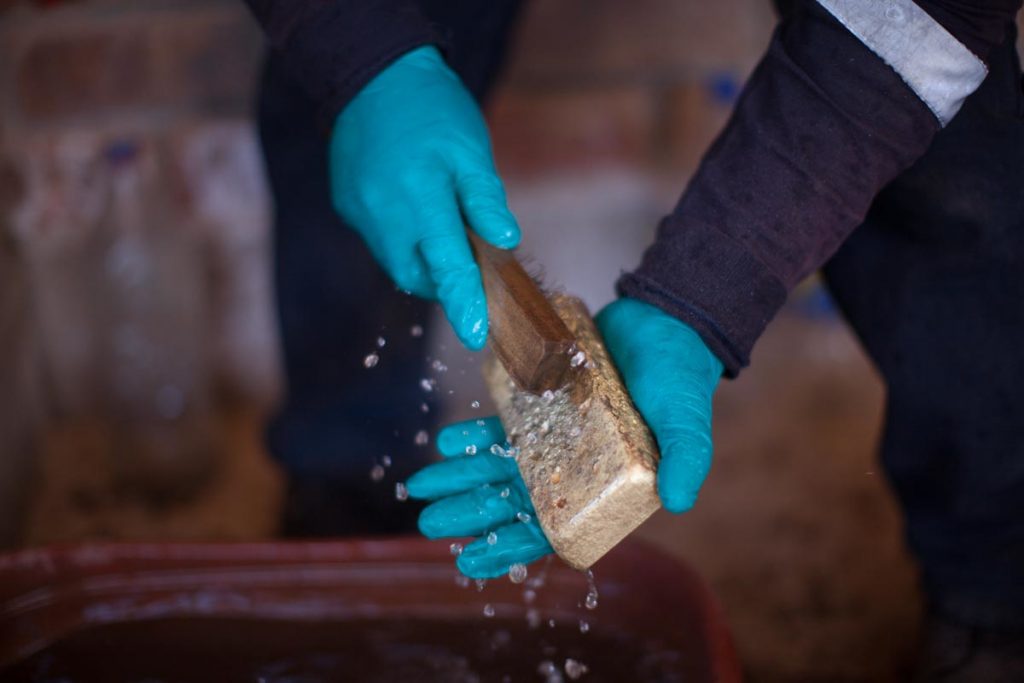 The Fairphone 3 is the first phone that has certified Fairtrade gold inside.

The Fairphone 3 is designed to be a long-lasting companion that’s easy to care for. It’s as modular as its predecessor—which was, in fact, the world’s first modular phone design concept that became reality, as well as the first smartphone we ever rated with a 10 out of 10 repairability score.

Shape your own fixing experience

The repairability of a phone isn’t just defined by its hardware. Accessible spare parts and openly available repair information are other key aspects of repair. The fact that most manufacturers lack these and prevent people from fixing their own stuff is basically the reason iFixit was founded.

It’s refreshing that Fairphone anchors their philosophy not only in their product design, but also in being a transparent company and making iFixit part of the Fairphone 3 ecosystem. Fairphone gave us open access to all the information needed to offer you Fairphone 3 repair guides on iFixit.com, in addition to their own official guides. Plus, we’re offering Fairphone 3 spare parts on our European store in collaboration with the Dutch manufacturer.

Barrier-free fixing: No adhesive prevents you from unveiling the Fairphone 3’s inner life. Its display, for example, is only tightened with screws—which makes it the more durable successor to the Fairphone 2’s sliding mechanism.

Did you ever have so many options to fix your phone straight from the date you purchased it and to take care of it? We don’t think so and we love this kind of smartphone innovation and the openness of Fairphone.

So the best way to find out how something works is to take it apart. And once you’ve had this experience yourself, you might even start to apply the method elsewhere. There is a chance that afterward, you won’t take the world for what it is anymore. In a way, you’ve learned to open up the box. And from then on, you’ll want to know more about what’s inside.

Without this kind of technological literacy, we can always only consume, but not produce. Only read, but never write. If our technology is smart, yet we remain ignorant about its inner workings or its social and ecological effects, how can we claim that we’re evolving? The Fairphone 3 provides a timely answer to this question.