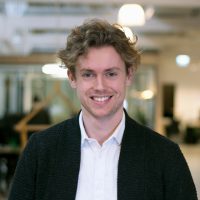 Software features of the Fairphone 2

Now that the Fairphone 2 is in the hands of our first owners, we want to give the entire community a peek into Fairphone’s own flavor of the operating system based on the foundation of Android™ 5.1 Lollipop.

The Fairphone 2 has all the bells and whistles of the regular Android experience with Google apps and the Google Play™ store. But we also collaborated closely with our partner Kwamecorp to create a thoughtfully designed user experience, which touches on Fairphone’s core values wherever possible. We’ve worked hard to create innovative modular hardware to create a long-lasting phone, and we want to couple this with a software experience that is intuitive and easy-to-use.

In this blog, we will highlight a few of the special features you can find on the new Fairphone 2.

While first generation Fairphone users are already familiar with this feature, we created a new and improved version specifically designed for the 5-inch screen of the Fairphone 2.

Edge Swipe makes it possible to quickly access frequently used apps with just a swipe of the finger from the left or right side of the screen towards the center, and then release it on the desired app. With this feature you can keep your home screen clean and tidy, and only access your important apps when you need to see them.

Your most important contacts should always be within your reach. While booting up the Fairphone 2 for the first time, one of the features that is pre-installed on the homescreen is Recent Contacts. Recent Contacts lets you see your recently and most called contacts in one overview, and it lets you make direct phone calls straight from the widget itself without launching the dialer app first. As with any widget, if you don’t like using it, it can easily be removed.

As you may already know, Android-powered devices use app permissions as a security measure. Whenever you download an app through the Google Play™ store, you have to accept all permissions in order for the app download to start. Research shows that the majority of users do not look at these permissions and accept them without understanding their full impact. In a worst-case scenario of an app that overreaches its necessary permissions, even apps which don’t need a certain permission to perform their core function can gather your private data, send to their own servers and sell your personal data to third parties (e.g. an app that unnecessarily requires access both to your contacts and the Internet). While popular apps are relatively more trustworthy, there are a great deal of apps out there from small, unknown developers that use this method for their own purposes.

To help you take more control, we introduce Privacy Impact. Privacy Impact is an added “security layer” between you and the app. This function creates awareness of an app’s permission and lets you think twice before using a specific app. Privacy Impact uses an algorithm that looks at dangerous combinations of permissions an app uses, and calculates a Privacy Impact level: Low, Medium or High.

This feature is only informative, and does not affect the performance of an app in any way. If you don’t trust the app or the developer, you can simply select “take me back” before any changes are made. Another part of Privacy Impact is the control over an app’s notifications. We believe an overload of notifications hinders your peace of mind – so we offer you the ability to change these settings right away after the first launch of an app. 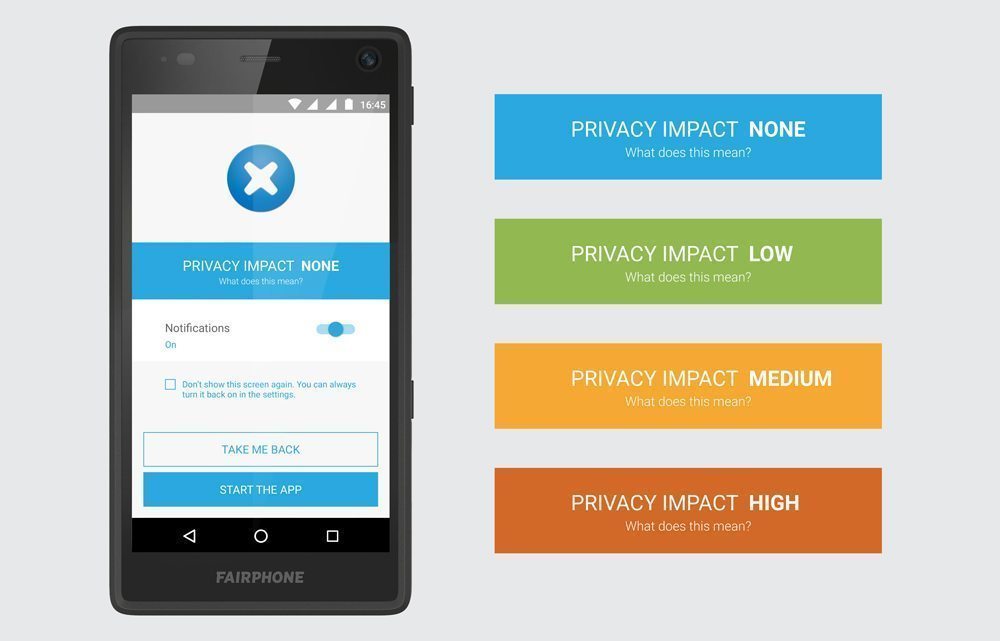 The App Life Cycle is a section in the Fairphone where all downloaded and installed apps are vertically displayed. App Life Cycle creates more awareness for the user on how they use their Fairphone in combination with apps. It makes apps become “living things.”

The App Life Cycle includes an algorithm that keeps track of how much an app is being used and puts less often used apps in the Idle section after a certain amount of time. This way you get an overview of an app’s usage, and you can easily uninstall apps that are not necessary anymore. This feature only stores information locally on the device; your app usage is not shared in any way.

New and Updated apps are bannered for the sake of clarity, and if you don’t want an app to go into idle after a while (because you don’t use it often, but still need to access it quickly when you need it), you can simply “pin” an app so it stays inside the active section.

The interactive clock on the phone’s lock screen is another function to create more awareness when you use your Fairphone 2. You can cycle through the clock by tapping on it, and it will show different data, for example

If you want to, you can easily share this information with others by pressing the Share button. So now you can brag about how long you’ve been a proud Fairphone owner to all your friends!

Now that I’ve walked you through the Fairphone 2 operating system, I hope you’re more familiar with the different features that come with the Fairphone 2. We want to create a software experience that emphasizes the Fairphone values of having more control and awareness over notifications, privacy and your apps. We’re pleased to see the response already of people who have been enjoying their phones and sharing their experiences on our #WeAreFairphone community wall.

The first batch of Fairphone 2’s are now shipping across Europe to the first owners throughout January. If you are interested in having a Fairphone 2 yourself, order yours now and delivery will take place on a rolling basis in early February.