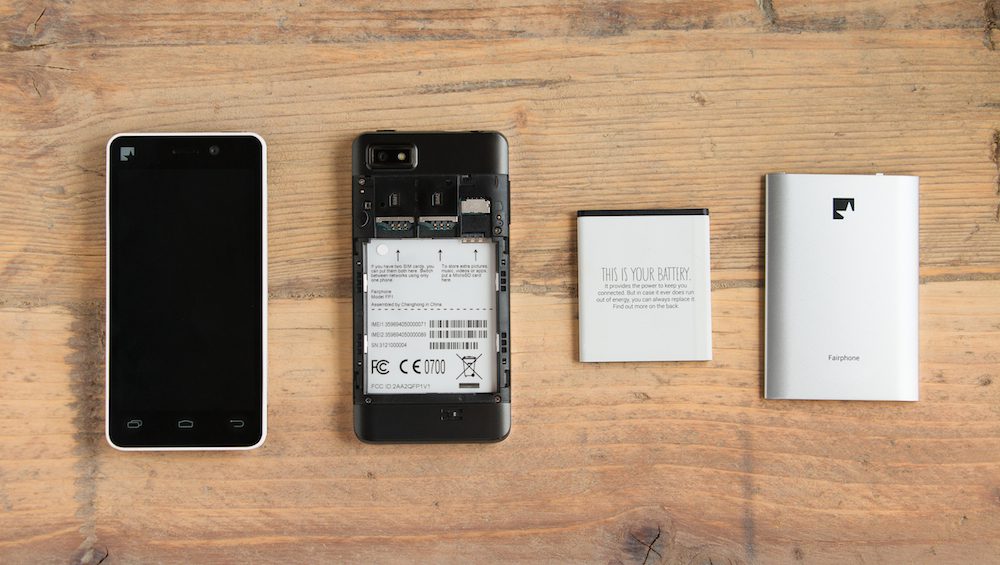 Editor’s Note: As of 31 March, we have closed the survey below. We had a huge number of respondents and comments! Thanks for taking the time to tell us about your Fairphone 2nd batch intentions.

For anyone who did not “vote” in time, it’s OK! This was a final indication (accounting for interested people who didn’t answer here), and we’ll announce our plans very soon. Thanks again.

Since our last update on Fairphone’s plans for the coming year, we’ve got some exciting news to share: We’re ready to produce a second batch of Fairphones! Over the past 4 months, more than 40,000 of you have said that you’re interested in buying a Fairphone. But before we get the production line running again, we need to get an idea of how serious you are about buying our phone this year.

We know that many of you were disappointed to miss out on getting one of the first Fairphones. If you want to be sure to get one this time around, please let us know how likely you are to purchase a Fairphone when they go on sale in May. We won’t ask you for any money just yet; we simply want to ensure that we’re producing the right amount of phones.

Fairphone 2nd batch: What you need to know

Before you confirm your intention to buy a Fairphone, you might still have a few questions. Here’s what you need to know:

We are currently developing a brand-new Fairphone model for 2015, which will pull together ongoing social and environmental projects, as well as technical upgrades and new features that reflect open design thinking. We estimate that this phone will be officially announced in about a year from now, in 2015, and will soon after become available for purchase. Of course, if you don’t want to wait another year, you can still get a phone from the second batch when pre-orders begin in May 2014.

So, How likely is it that you’ll buy a Fairphone this year?

We carefully researched the possibility of upgrading the Fairphone before producing the second batch. However, we reached the conclusion that offering the same phone would:

Your purchase supports much more than phone production

The sales of the first batch of Fairphones provided us with income to ensure continuity of the projects that we have set up so far. Since January, we have been very involved with projects in the Congo (the projects you already know about, plus new ones), and made steps towards implementing Fairtrade gold into some parts of the supply chain. We are working with Changhong to roll out the Worker Welfare Fund. We’re also getting ready to ship 70,000 discarded phones from Ghana to a recycling facility in Europe, along with some more exciting projects we’ll share with you later on our blog.

The sales of the second batch of Fairphones will of course allow us to produce the phone, but will also fund new and ongoing initiatives that will influence the industry as a whole and contribute to the new version of the Fairphone that we’ll launch in 2015.

Now! If you’re ready to join the amazing group of Fairphone owners and be part of a community advocating for change, be sure to confirm your interest and have your voice heard by Monday, 31 March. If you want to buy more than one phone – don’t worry, we’ll take this into account. And if you still have questions, don’t be afraid to contact us or ask in the comments below.

We’re launching pre-orders of the second batch Fairphone in May.
If you haven’t already given us your contact details, then sign up on our 2nd Batch Buyers’ List here to be the first to know when pre-orders begin.