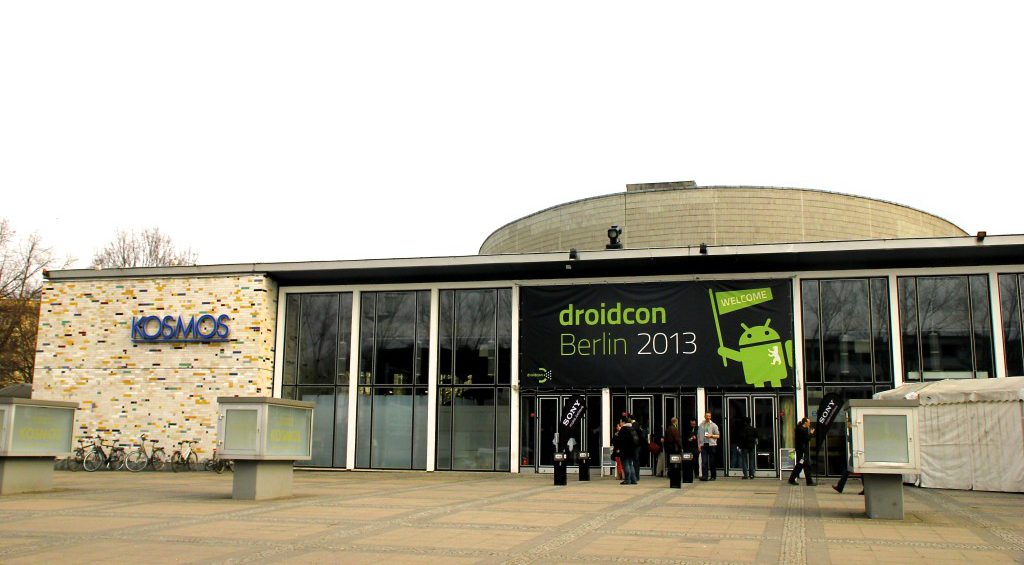 Wanna play this game to win a new phone? Do you have an NFC-compatible phone?

Huh?? You don’t know, well what phone do you have?

Thus begins my first interaction with one of the few company booths (in this case, Intel) at DroidCon, the biggest independent Android conference in the world! By the way, NFC stands for “near-field communication” and most Android phones have it. 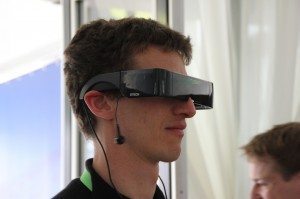 I guess it’s pretty gutsy of me to stroll into DroidCon with my iOS phone (yeah, they’re gonna be Android fans there). But I already felt a little out of my element there – most presentations throughout the conference used language like “stacks,” “modules,” and “verified code” and there was even a live coding demonstration in the main hall. And the story of FairPhone that I brought to the conference was a little bit radical too – a diverse group of designers, thinkers, idealists, and everyday smartphone users had come together to demand a fair alternative in the mobile industry. And yes, I’m admitting I use an iPhone – as I keep waiting, like many of you, for a fair phone! 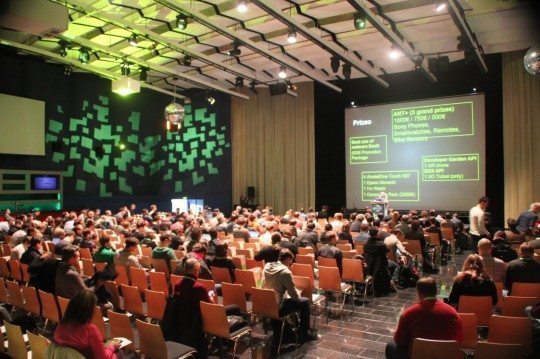 My initial fear was that this tech-hungry audience – some of whom told me they received multiple phones for use and testing every few months – would only care about the hardware – what’s the processing power, is it quadcore, how’s the screen? And indeed, they did – rushing up after the FairPhone presentation to ask these very questions. But despite my preconceived notions of what the techy, developer community may be like – this myth was quickly debunked as we received a positive and enthusiastic response from the crowd at our talk. For a review from someone else in the audience, check out this blog post from GIGA Android (in German).

With a presentation entitled “Fairphone & Kwame: Step-by-Step Towards a Better Device,” I was joined by KwameCorp (a digital research & development agency) to talk about our history and vision, and how our values would be translated into a Android-based operating system (OS). We teamed up with the great people at Kwame to design this OS because of their commitment to innovative and transparent design values, as well as their goal as a social enterprise to reinvest resources in social issues. 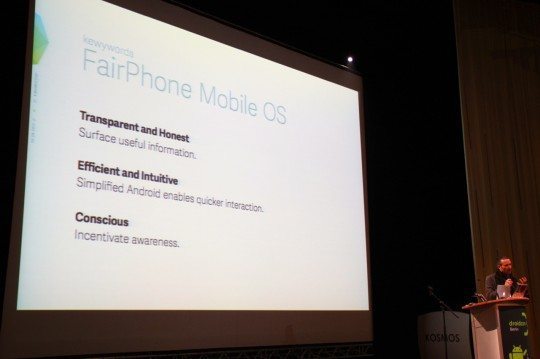 The common thread during our discussion with people after the talk was how the developer community and FairPhone can collaborate on an OS in a way that is beneficial to both groups. This is one of FairPhone’s main goals, too: finding shared value for all stakeholders involved. Kwame’s approach toward the user interface and user experience (UI/UX in tech speak) follows FairPhone’s idea of being open and transparent: creating an OS that relieves users of obstacles so they can get where they really want to go. For example, Chris Dressel from Kwame explained that many of us hardly use a smartphone for its original purpose – calling – so why put a bulky dialer icon on every single page or pane? Instead, Kwame’s idea is to clear up the clutter on the interface and make things more easily accessible. You can see a few more examples of Kwame’s really cool ideas in their presentation at the bottom.

I’m also pleased to announce that all source code for the FairPhone OS and widgets will be free and released to the public. 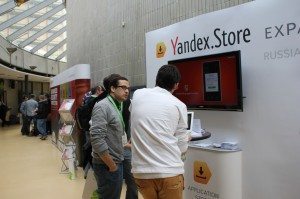 As a final point to this post, I’d like to emphasize the “call to action” that was part of the reason I was so excited to go to DroidCon. I love spreading the story of FairPhone to new places and communities, and in this case, I was engaging with a very talented group of people that could lend their expertise to the cause.

I hope that the developers and coders who heard my presentation on Wednesday will follow closely how the phone’s software develops. There are a number of ways that the developer community could help us, so I invite you to write me directly at joe[at]fairphone.com to see how we can work together. 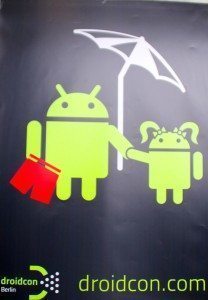 To the developers: You can join some of the people I already met at DroidCon, like Christian Kahl, Janusz Leidgens, and Henning Sprang to name a few, because we really can’t do this without your support! In the coming weeks, we’ll let you know how FairPhone and Kwame have continued to envsision our open OS, but we of course invite you to share with us your ideas and feedback.

FairPhone’s presentation can be found here, and Kwame’s is available here.