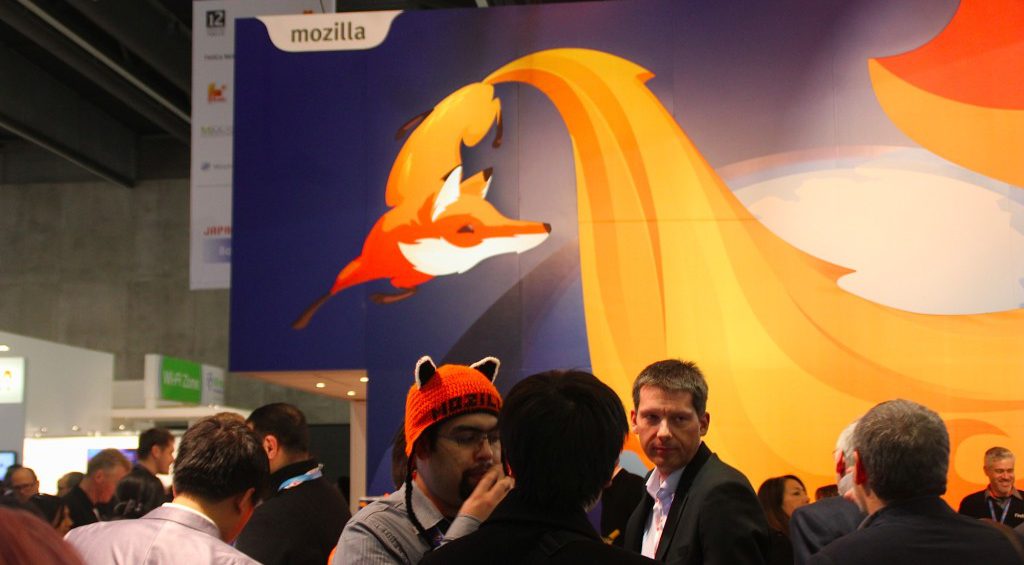 Since I started working for FairPhone in January this year, I have been amazed by the positive feedback that flows in through our social media channels, our inboxes, and in comments left behind in articles. It has been uplifting to see that there are so many people that want to make a change in the electronics industry. It drives us forward whenever we feel challenged by the complexity of the immense task we have set out to do and our aim is to keep on listening to what the community gives as feedback. Which is one of the reasons why we set out on a journey to the World Mobile Congress in Barcelona this week.

One of the returning calls for change, particularly from our German fans, has been directed toward our choice of operating system for our first FairPhone, namely Android. There have been positive responses, but several fans have also urged us to look into alternatives: “Please use a different OS!” “Try Ubuntu or Firefox,” and even some hardcore techies asking for BSD and Plan 9 OS (I had to look those up!). Although, we stand by our choice of launching our first phone with a rootable Android OS – simply put, we need to offer a stable phone – we do understand your concerns, and in an ideal world we would love to give our users the choice when it comes to the platform they want to use on their devices. And given that we are all about an “ideal world,” we decided we would look into this matter more closely.

Barcelona’s World Mobile Congress is held once a year and is the largest exhibition worldwide for the mobile industry. It attracts 60,000 people across 5 days. All I can say is: the mobile industry is booming! Eight halls of brands were showcasing their products in stands the size of small office blocks. Large LED screens giving you the newest, the fastest, the latest technology that, according to most taglines, will help us innovate our lives and “shape,” “redefine,” “inspire,” and “touch” the future. Outside, like last year, protesters gathered under big screens broadcasting their message of “No Future for ICT!” questioning whether true innovation is possible without “labor regulations, collective working agreements, safety and health.” Visitors strolled past in their suits, a little perturbed, but mostly sure that they had no direct responsibility for the dissatisfaction expressed by these people. Or did they? FairPhone wasn’t so sure and felt suitably disloyal as we made our way into the big halls in search of the people we were going to meet to talk about possibilities for an alternative OS for FairPhone.

Our first meeting was with Ubuntu. They inhabited an impressive-looking stand, showcasing their first devices with the new OS. We invited the busy staff to catch the few rays of sunshine that an unusually cold Barcelona offered us during our visit. It was inspiring to listen to Ubuntu’s Head of Design and hear how the engaged and enthusiastic community of developers had made Ubuntu come to life (Thanks to Ivo and Ivanka for that). Ubuntu in their turn were really interested by FairPhone’s philosophy and came up with some great ideas on how to throw our project into the Ubuntu community. We received similar positive responses at our next meetings with the people at Jolla and Mozilla.

CEO’s, CTO’s and community managers at each of these organizations were positive that if their communities considered FairPhone a viable project, they would likely help enable their operating systems to work with FairPhone’s hardware!

Next steps? Well, we now know that it won’t be possible to launch the first FairPhone with any of these operating systems pre-installed, but we do know that it’s an option for the future. Depending on FairPhone’s hardware (ie, chipset, the “heart” of the phone) making it work with Ubuntu, Sailfish, or Firefox software could – with the right support within the developer’s community – be a matter of weeks rather than months! Our next steps on the OS front will therefore be to try and gain developer community engagement. We will be presenting FairPhone at events and activating ourselves in online communities.

This is a call to all our developer fans to see if they can help us engage with the communities of developers behind these cool projects.

Together, we should be able to make it work.

And oh yeah, we also had some #fun, met with old friends and made some new ones @geeksphone @kwamecorp @frameblast @zooo_es @wayra @innominds @wipro. We will talk about them in other posts!

For those of you who are interested in learning more about the way these new OS players are collaborating, the challenges and opportunities, watch this very inspirational video with Mitchell Baker (Mozilla’s Co- Founder & Chairwoman), Mark Shuttleworth (Founder of Canonical & Ubuntu) Mark Dillon (Co-Founder & CEO of Jolla Mobile).