Choosing the right materials for your Fairphone

A country’s natural resources can be the foundation of its wealth, labour force and future development prospects – and yet these same natural resources catalyse great conflict and contradictions. As a miner in the Democratic Republic of Congo (DRC) puts it: “This area depends on quarries and mining. If there is no mining, there is no money. No money, no life”. Mining enables people to live higher quality lives with greater wealth, while it can also destroy many other lives in the process and cause serious social issues.

Firstly, handing out mining licenses is not always done in the most impartial way, especially in countries with weak governments like the Democratic Republic of Congo. While mining can have a large positive impact on the communities working and living in and around the mines, in some areas in the East of the DRC, most of the money ends up in the hands of the armed forces which fuels local conflict, leaving communities with their resources plundered and little contribution to the development of their welfare.

Mining can also have a significant impact on the environment around the mines. The use of chemicals in the activity of mining or as a by-product of the extracted material may often cause erosion and contamination of both the local soil and water. These are all detrimental impacts of mining as regards the local community

Fairphone intends to use only source materials extracted in acceptable humane and environmental conditions and these are what we call Precious Materials. Fairphone investigates the production of raw materials for mobile electronics to make sure that our mobile phones contribute positively to the lives of the mining communities, from the excavation of the mines, to the pay of the workers and care for the environment. Just as Max Havelaar aimed to do with this first Fairtrade coffee, so Fairphone is taking steps towards finding alternative ways to produce necessary raw materials. 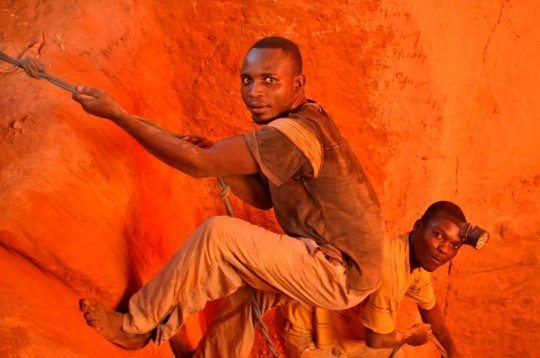 FairPhone also believes strongly in a Circular Economy in which all material input in the system ends up being used and reused as much as possible, so that not all materials have to be continually mined fresh each time. We need to strive for a model in which we use both streams of materials: raw materials sourced in the best possible mining conditions and recycled materials deriving from old mobile phones in order to be able to keep up with demand. You can read about the excellent work being done by Ellen MacArthur Foundation here: http://www.thecirculareconomy.org

As far as raw materials are concerned, FairPhone is active in two areas: Tin and Cobalt. Fairphone is part of the Conflict Free Tin Initiative. But FairPhone’s founder Actionaid is also currently engaged in a feasibility study investigating ways of developing a Fair Trade scheme for cobalt originating from the southern parts of the Democratic Republic of Congo. We will endeavour to blog about this soon, when we have more data from the initial activities.

But what minerals are we talking about exactly and why are they so important for our phones?

Why are they mined in conflict areas and why don’t we just source them from somewhere else?

What is a mineral & how it it formed
There are many ways to define what a mineral is exactly, but it is easiest is to see a mineral as a bunch of elements bound together which tend to form a crystal structure. For example: Wolframite is an iron manganese tungstate mineral and has a fixed crystal structure. The reason it is mined is that it’s an important source of tungsten – which is used in the electronics required to make a mobile vibrate. So minerals are often mined because of the need for a  specific valuable element they contain – whereas the remainder, which is seen as waste product ends up being discarded.

Minerals & mobile phones
The electronics industry relies on an array of metals that make it possible to bring miniaturization, speed and increased capabilities to our mobile phones like Copper, Zinc, Iron, Nickel, Aluminum, Lead, Tin, Silver, Chromium, Gold, Palladium. Most of these metals come from minerals that are conflict-free. But some are difficult to get, like Tantalum, which is crucial for making capacitors smaller, or Tungsten for making powerful vibration systems smaller, leading to the sleek design of current mobile phones. This is where the so called ‘conflict minerals’ come in. 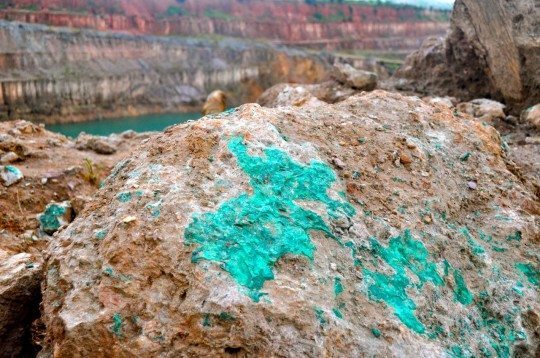 Conflict minerals & Democratic Republic of Congo
‘Conflict minerals’ are similar to ‘blood diamonds’ from Sierra Leone; minerals mined in the context of armed conflict and human rights abuses. The trade of minerals is not the cause of the conflict, but provides a ready source of money to those armed groups to keep the conflict running.

In 2010 BSR reports that over 50% of the mines in the eastern DRC are controlled by armed groups.

Some of the minerals used to produce mobile phones come from the ‘conflict’ mines in the Eastern DR Congo. These conflict minerals are sometimes referred to as “the 3T’s and gold”, 3TG, or even simply the “3T’s”. The electronics industry is one of the main destinations for these metals, which end up in mobile phones, laptops, and other consumer products. World prices for each of these metals have been rising over the past year, giving armed groups in the eastern Congo all the more incentive to target or keep hold of the mines.

Currently, the list of conflict minerals consists of only four minerals “the 3T’s and gold”:Columbite-tantalite (or Coltan) is the metal ore from which the element tantalum is extracted. It is a black tar-like mineral found in large quantities in the Congo. The Congo possesses 80 percent of the world’s coltan. This is used to produce Tantalum, that for instance comes in the batteries of our phones.

Why not get the minerals from other parts of the world?
Virtually none of these conflict minerals are exported by Congo itself. According to the BSR mineral report thousands of tonnes of the raw minerals are smuggled across the border into Uganda and Rwanda where they are exported to the far east and smelted with minerals from all over the world – making it very hard to trace the origin of the metals and alloys produced. Minerals mined in Eastern Congo pass through the hands of numerous middlemen as they are shipped out of Congo, through neighboring countries, to East Asian processing plants.

According to the Enough project companies that use the 3 Ts and gold in their products should strive to invest in a way that creates shared value for both companies and communities. A handful of companies are helping Congo develop a clean trade, but some companies are taking a hands-off approach to instruct their suppliers not to buy minerals from Congo and the region. This approach helps cut off armed groups but leaves mining communities in Congo at a huge disadvantage.

FairPhone is participating in the Conflict Free Tin Initiative, which marks the beginning of a flow of minerals through a controlled supply chain outside the reach of armed groups.

There is much work to be done beyond conflict free minerals.
FairPhone (and its one of its founders ActionAid) are researching fair Cobalt from the south of DR Congo.  You will hear more of this initiative very soon!does not see the sourcing of conflict free minerals as its ultimate goal – merely an interim step on our path towards enabling local communities in DR Congo to make the most of the resources they have and extract the full profit they are due in today’s global marketplace under the fairest possible conditions. And that is why we are working with Congolese stakeholders in a feasibility study on trading fair cobalt from the south of congo. We’ll be writing more about this initiave very shortly – so stay tuned!

Institutions are also moving forward…
America has agreed to the introduction of the anti-conflict minerals law. For over 6,000 electronics companies, that are listed on US Stock Exchanges it is no longer possible to use gold, coltan, tungsten, tin and ore from Congo, without indicating from which mines they are extracted. This is stimulating companies to buy from mines that are not owned or dominated by armed forces. Read more here.