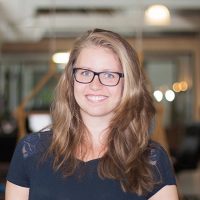 The word is out! We have unveiled the latest accomplishment in our journey for fairer electronics and long-lasting design. By introducing two brand new camera modules, the Fairphone 2 has become the first smartphone with a core function that owners can upgrade by themselves. Now that the dust has slowly started to settle, we want to take a moment to recap on the launch of this special milestone.

A big achievement for longer-lasting phones

Our founder and CEO, Bas van Abel, during the press conference in Berlin where we announced the new modules.

But these new cameras represent something much bigger than better pictures – they mark our latest step in our ambition to create longer-lasting phones. The first step was using modular design to make the Fairphone 2 easy to open and repair. The next step was customizing the phone by offering new slim covers. And now, with the launch of two new camera modules, the Fairphone 2 is upgradable as well. In fact, it’s the first-ever phone with a core function that can be easily upgraded by its owners, with the goal encouraging owners to replace just one part instead of their entire phone.

Bringing the benefits of modularity to IFA

Because of the phone’s modular construction, we were able to redesign the camera and top modules to accommodate new components. However, the hardware was just one element of making this launch a success. Developing these new modules also required the skills of many internal and external teams, who covered everything from prototyping, testing and manufacturing to software updates. What we were trying to do was completely new for the electronics industry, so it required a clear vision and strong motivation from everyone involved.

Thanks to all the hard work behind the scenes, the Fairphone 2 owners only need a screwdriver to complete the upgrade. Which is a groundbreaking concept in a world where most people replace their whole phones every two or three years! That’s why we decided to launch these new modules at IFA, the annual trade show for consumer electronics held in Berlin. We wanted to share our achievements with stakeholders, experts and media from our industry to show what’s possible when you’re motivated to make products differently.

On Thursday 30 August, we organized an evening event for Fairphone friends, partners and stakeholders to let them in our latest achievements before sharing the news with the press. It was a fun, informal gathering that led to lots of lively conversations about what we’re been working on.

The next day, we held our press conference in Berlin near the IFA venue. Journalist from 10 countries covering everything from niche industry publications to major media outlets were packed in the room to hear what our founder and CEO Bas van Abel and CTO Olivier Hebert had to say.

The coverage is still coming in, but here’s a selection of our favorite pieces from the past weeks:

“The Fairphone 2 is one of the few modular phones you can actually buy, and for the first time the company has introduced new camera modules for the phone, ready for owners to swap out using nothing except a screwdriver.”

Upgrade and see the difference

Looking at the reactions so far, we’re pleased that our users are excited to upgrade the camera(s). To make upgrading as easy as possible, we’ve also put together a special page for current Fairphone 2 owners. From there, you’ll be able to know what’s improved, the availability of the module(s) of your choosing and how to swap them. And to help save valuable resources, we’ve also included advice on recycling old modules.

For future Fairphone 2 owners it’s even easier — to get the upgrade, you just need to order the phone. All new orders will come with the new camera modules pre-installed.

The first phone that gets better with age

With these new camera modules, we’ve achieved another first: a phone that actually gets better with age. By replacing two small modules, Fairphone 2 owners can keep their phones longer without having to compromise on quality. We’re proud to have reached this milestone, and want to sincerely thank everyone who’s supported us along the way.

Even if you’re not a Fairphone owner, be sure to join in the fun using #WeAreFairphone. If you are, we can’t wait for everyone to start sharing their new and improved pictures taken with their upgraded cameras using #modularityforgood or #newcamerasamephone.