With the first bags of conflict-free tin leaving the mine in South Kivu, Democratic Republic of Congo, on 24th of October 2012, the Conflict-Free Tin Initiative has officially started. This marks the beginning of the flow of minerals through a controlled supply chain outside the reach of armed groups.

Mobile phones contain more than thirty different kinds of minerals and metals, from copper and cobalt to gold and tin. Some of these minerals, like tin, also come from EasternCongo, an area struck by some severe internal conflicts. Frequently, they’re being sold by war lords, which contributes to the this horrifying internal conflict. Therefore these minerals are referred to as conflict minerals. 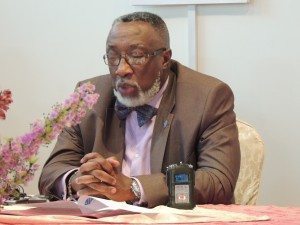 The Conflict-Free Tin Initiative (CFTI) aims to create demand for conflict-free tin from this region and thereby creating a prospect for economic development and regional stability. The Initiative introduces a tightly controlled conflict-free supply chain outside the control of armed groups.

FairPhone officially joined the CFTI and will be using the conflict free tin for soldering the phone’s components at the assembly stage.